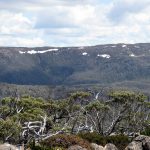 Mount Field East Track  Where a track crosses a boulder field shortly after the Seagers lookout junction, some rocks were placed to make the it easier to traverse them.  Further up the track, where rock hardening had previously been done, there was a large rock dragged to the site by Adrian still unused.  This was moved to harden more […] 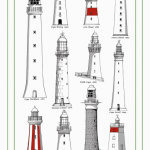 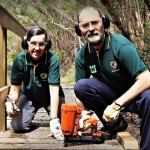 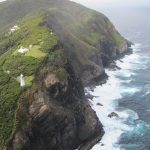 https://wildcaretas.org.au/wp-content/uploads/2017/11/FOMI_Newsletter_12_NOV17.pdf Get your copy of the Maatsuyker Nov 2017 newsletter Here. 2017 was an exciting year for the Friends of Maatsuyker. Read our brilliant newsletter to find out what fantastic things FOMI branch has been up to – and maybe brag about us to your friends so they can join us too. Learn about the […]

Can you help us? Friends of Bruny Island Quarantine Station need a bricklayer to extend a small retaining double red brick wall that is about 600mm high at the Quarantine Station.  They have the bricks! This may be a 2 day job involving the pouring of a small foundation (approx 2hrs work) and the laying of […]

The penguin viewing platform at the eastern end of the Lillico Conservation Area has hosted many thousands of visitors over the past 21 years.  For many years, and well before the permanent old viewing platform was built in 1996, dedicated Friends of Lillico volunteers have mounted a nightly vigil to await the return of […] 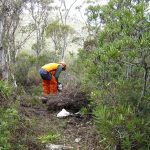 Mount Connection There was 600 metres of quite dense vegetation reclaiming the Mount Connection Track. One of the dominant plants was Bauera, typically with masses of wiry branches that make it slow work to clear. However, since we acquired hedge trimmers the difference in what can be achieved on a day is amazing. One of these trimmers, together […]

North West Tasmania suffered a rain event in June 2016 that caused major flooding in many areas. The Penguin Cradle Trail suffered damage. The Leven River catchment has been affected and in places the water was 6 to 8 metres above normal river levels. The major bridges damaged or missing in the Gunns Plains / […] 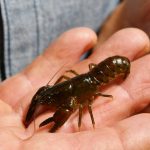 Wildcare volunteers are invited to come along to the Lobster Ponds Haven, Flowerdale and see the ‘surprise’ baby  Tasmanian Giant Freshwater Lobsters.    A working bee is planned  by the Friends of the Freshwater Lobster, at the Ponds on 18th November from  9am -4pm. Apart from working through the list of jobs planned by Kevin and Russell, there will be time for […]