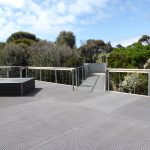 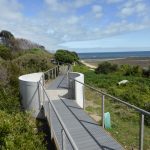 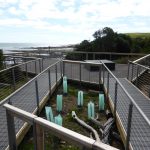 The penguin viewing platform at the eastern end of the Lillico Conservation Area has hosted many thousands of visitors over the past 21 years.  For many years, and well before the permanent old viewing platform was built in 1996, dedicated Friends of Lillico volunteers have mounted a nightly vigil to await the return of the Little Penguins.  Every night, without fail, in all weathers during the spring and summer months, the volunteer guides take visitors on interpretive experiences along the viewing boardwalk whilst ensuring the wellbeing and safety of the tiny inhabitants.

A celebration was planned by the Friends of Lillico Penguins for September of this year not knowing that the gathering would not only celebrate the platform’s 21st birthday but would also be its farewell.

The structure which was originally constructed in 1996 and has had a few revisions over the ensuing years was demolished over the winter months and replaced with a newly designed platform which has been in operation since the beginning of September. 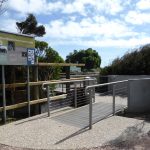 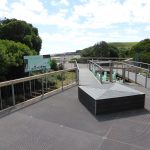 FOLP members past and present gathered for a sneak peek at the newly constructed platform on Saturday September 2nd before adjourning to Exposures, the onsite restaurant at Don College to enjoy a delicious luncheon that had been most ably catered for by the Don College Certificate 2 in Kitchen Operations and the Certificate 2 in Hospitality students. There was much reminiscing and no doubt embellished tales of past times spent by volunteers at the Lillico viewing platform including the finding of the fox carcass on the exit lane in 2006 and the sighting of a platypus as it was last seen heading under the deck in 2013. Much debate occurred on who was the owner of the lady’s bright red high heel stiletto found during one of the many working bees conducted by the FOLP group. Of course, it would not have been a proper celebration without the attendance of our two resident freeze dried display penguins.

The current penguin guiding season is well underway with around 30 FOLP members and at least 7 new trainees acting as guides. The new viewing platform with its larger footprint is proving popular with both guides and visitors alike as everyone learns how to navigate the new structure in the dark. The existing permanent solar red lighting is going to be expanded with more units being planned for the near future and this will further enhance the viewing experience of the many visitors who come from far flung corners of the globe on any one night.