What do you do with a burrowscope? 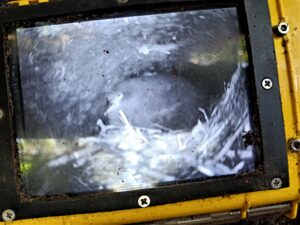 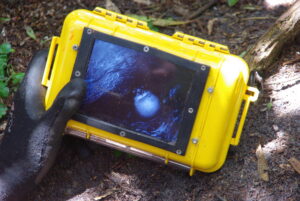 A burrowscope is a custom-made, portable camera and screen that Friends of Maatsuyker Island (FOMI) have been using to check the presence and status of burrow-nesting seabirds.

FOMI has undertaken biannual monitoring of Short-tailed Shearwaters (Ardenna tenuirostris) on the largest unharvested colony in the world (Maatsuyker Island) since 2013 (NB: pre-fledging chicks are harvested at selected sites around Tasmania each year).

In December 2021, FOMI volunteers participated in the monitoring of approx. 900 short-tailed shearwater burrows in long-term monitoring plots to record the presence of a nest (adults will be incubating a single egg at this time of year). This provided annual burrow occupancy data for the season.

In March 2022, the survey was completed using the new burrowscope to record the presence of pre-fledging chicks. This provided data on breeding success for the 2021/22 season.

Including preparation and data management, an estimated 300 volunteer hours were contributed during the 2021/2022 season. 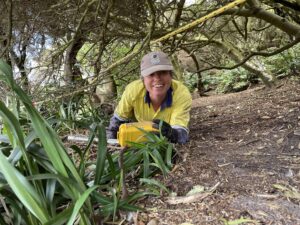 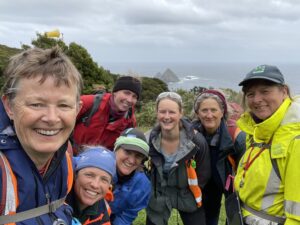 This important monitoring contributes significant information on the breeding population of this species and supplements State Government and Aboriginal community monitoring.

Purchase of the new burrowscope was made possible through funding from Wildcare’s Tasmanian Nature Conservation Fund (TNCF) and will ensure maintenance of long-term monitoring which provides crucial information for the conservation of this remarkable, migratory species.

Contributing to the Nature and World Heritage Cause within the TNCF will enable more projects like this take flight.

A $0 fee cut is applied to donations. Wildcare Tasmania has made a values based decision to fully subsidise the operation of the Fund so 100% of donations are available for on-ground impact.