Friends of Lumeah Point – back in action on Feral Oyster Removal 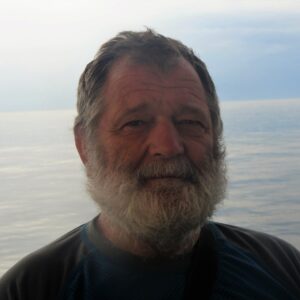 Leading a Wildcare Group takes a level of passion and commitment that can ebb and flow as the circumstances of life intervene. This is as natural as the tide and sometimes, just keeping an idea afloat, waiting for the right conditions, is enough.

While the world dealt with COVID, volunteers moved on and organisations rearranged themselves, President of the Friends of Lumeah Point, Garry Hulme quietly held the space for a re-emergence of action at Lumeah Point.

As outlined by Garry:

“In early 2013 a meeting of residents of Lumeah Point was held to discuss issues related to vehicle access at the Eastern end of the Point. A working group convened to develop an issues paper for the community’s consideration. Issues identified included rabbit infestations, exotic weeds, the poor state of vehicle tracks, and the proliferation of feral Pacific Oysters.

Some work was done hardening the vehicle track, and some minor works undertaken involving the removal of a dumped boat and attempts to halt the incursion of parking onto native plant areas. To be able to formalise negotiations withGovernment, Council, and commercial entities, and to have insurance cover for working bees, the Wildcare: Friends of Lumeah Point group was established. A tree planting project along the Northern side of Honeywood Drive was done in collaboration with the Clarence City Council.

With support from the Pipeclay Lagoon Oyster Growers Association the main project undertaken was feral oyster removal. Over the next three years oysters were removed from almost the entire Eastern end of the Point. In early 2016 the Pacific Oyster Mortality Syndrome found its way to Tasmania and oyster growers were more focused on dealing with an existential crisis. There was a brief resumption in mid-2018 after which the entire planet went into an existential crisis.”

This group’s mission is to preserve Lumeah Point, maintaining the lifestyle, environment, and common usage of the area for the benefit of the residents and the wider community.

Garry’s dedication is now bearing the fruit of new partnerships and renewed volunteer involvement. The group is currently working with the Department of Natural Resources and Environment Tas., the Tasmanian Oyster Company and Pipeclay Lagoon Oyster Growers, to continue removing feral oysters from the area and have been achieving great results. 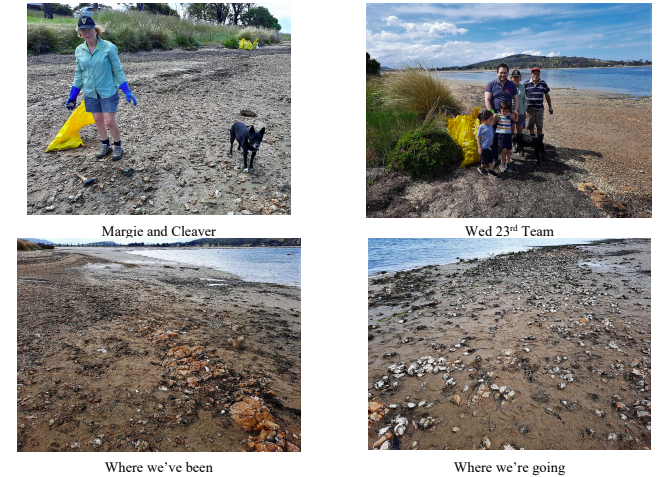 Their latest newsletters are below:

Lumeah Newsletter 2022-11  (This is the November Newsletter but accidentally titled ‘August’).

Lumeah Newsletter 2022-08 (This IS the August Newsletter!)