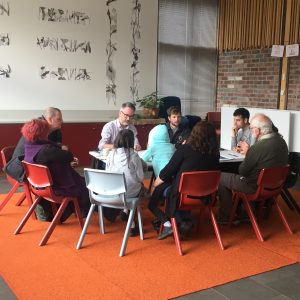 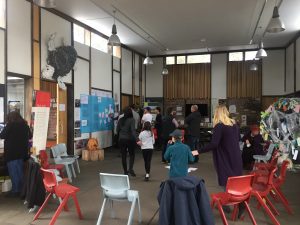 The Wild & Open Space Gathering was held on Saturday 19th October at the beautiful Sustainability Learning Centre on Mt Nelson. The event was flagged as being ‘a conference all about the Wildcare community of which you are a vital part;’ and it certainly delivered on that. 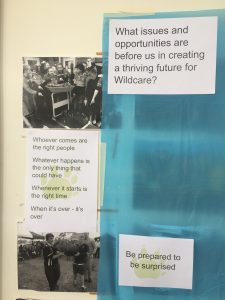 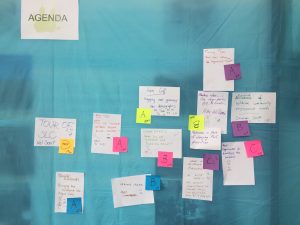 I made the conscious decision to involve my two boys aged 10 and 6 years of age, (despite them initially not wanting to give up their relaxing Saturday for my ‘work’). They listened with interest as Wildcare CEO Sharon opened with a special acknowledgement of  Country and the mouheneener people who gathered here before us, followed by Member Services Officer Kim explaining how the day would run with her facilitating with ‘Open Space Technology’ (OST). This meant that us as guests set the agenda! 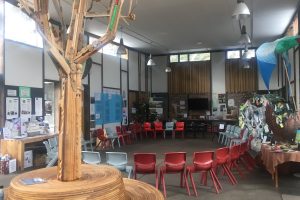 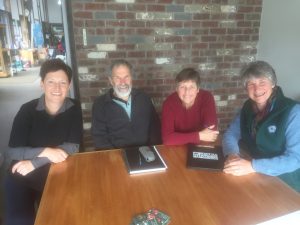 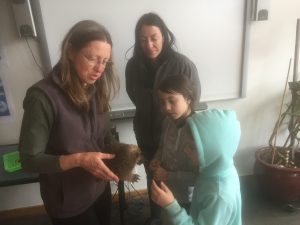 The task was to set topics that had heart and meaning for us.
My 10 year old raised the topic Climate Change. A subject that is forefront with many school children; particularly with recent school strikes calling for leaders to take action. We selected 2pm for our topic session and anyone was welcome to attend. I was curious to see how our group would deal with such a broad topic!

There was a good turnout for our discussion. The topic veered in the direction of education and what children were doing at school. The benefit of using OST – it was an integral part of the process for other issues to arise from the initial topic – the day was all about what mattered to us! Overall, most of the discussion was around how could we leverage the student’s interest in climate change and inspire our next generation of Wildcarers. 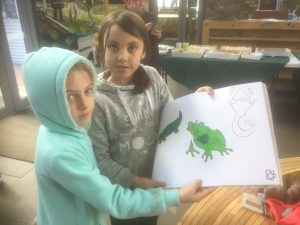 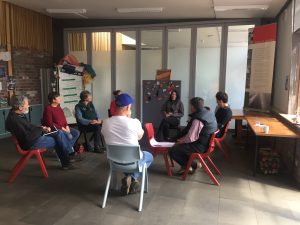 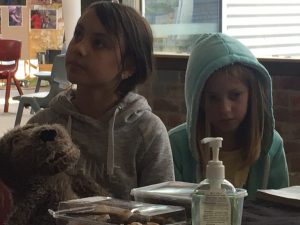 There was so much wonderful thought provoking and valued input from the group – contributions from newbies and long-time Wildcarers – and those in-between. I gave examples of my own children’s positive environmental experiences in recent years while at school – bush kinder, recycling and composting programs, appointing willing children to be War-on-Waste-Warriors, Nude food days, the ‘Trash-In-To-Art’ competition, walk-to-school days and weekly Garden Gang sessions being just some of the initiatives. Even excursions to the Glenorchy recycling centre! (the latter which they found especially fascinating!)

This session also made mention of the Wildcare Wildscools; how the individual branches might be able to work with schools to get school children involved with Wildcare. Another point raised was that of getting more children in to STEM subject – encouraging Environmental Scientists and the like of our future.

The conclusion was not an obvious one. There appeared many positive considerations that required further thought, but despite the anxiety that can come from Climate Change, it was definitely one of overall optimism. The session concluded at around 2.45pm and it was time to re-join the wider circle and share with the other guests. I left the day feeling like enthused! I had made new friendships with like-minded Wildcarers, learnt a lot – not just about the environment and others, but in this powerful and innovative collaborative process that Kim facilitated. And my 10 year old was quietly pleased that others had joined our group session and had wanted to talk about the ‘topic’ of Climate Change that he had chosen!