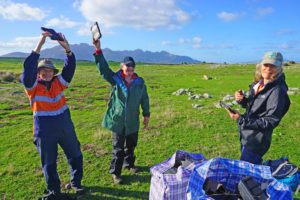 The National Froggatt Awards recognise major contributions to protecting the Australian natural environment from dangerous new invasive species. They are named in honour of Australian entomologist Walter Froggatt, who, when the cane toad was released into Australia in the 1930s to control beetle infestations in the sugar cane industry, was a lone voice, lobbying the federal government to exercise caution.

This year, a collaborative effort by Wildcare Tasmania (Friends of Fisher Island), Tasmania Parks and Wildlife Service, Pennicott Foundation and Biosecurity Tasmania has received an award for the eradication of black rats from the 125-hectare Big Green Island in Bass Strait – that’s right, eradication. 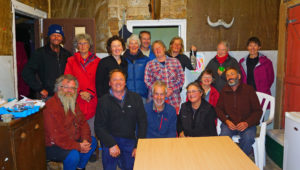 The Invasive Species Council, who coordinate the awards, outlined the project in the award announcement:

The eradication project involved the deployment of 2200 bait stations across the island during 2016. Volunteers from Tasmania and interstate and staff from Pennicott Wilderness Journeys walked the island daily to check rat-baiting stations.

Baiting eliminated more than 99% of the invasive rats and Parks and Wildlife Service staff located and dispatched the last few, assisted by a conservation detector dog used on Macquarie Island. Success was declared in March 2019 after two years without detecting black rats on the island.

The project was a community and government collaboration involving the Wildcare volunteers, Tasmania Parks and Wildlife Service, Biosecurity Tasmania, the Pennicott Foundation, the Aboriginal community and the island’s lessee.

The project’s success was a result of persistence and dedication by all involved and has resulted in increased protection for the island’s biodiversity values. 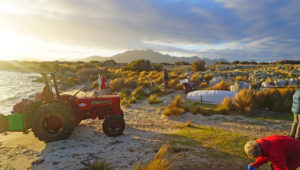 This is a significant result, achieved through the extraordinary efforts of 73 volunteers from Tasmania and interstate, supported by funding from the Pennicott Foundation and the involvement of Tasmania Parks and Wildlife Service, Biosecurity Tasmania, Wildcare Tasmania, the Aboriginal community and the island’s lessee.

The success of this project has encouraged Wildcare’s Friends of Fisher Island and the Pennicott Foundation to cooperate on tackling invasive species on other seabird islands including George Rocks in North East Tasmania.