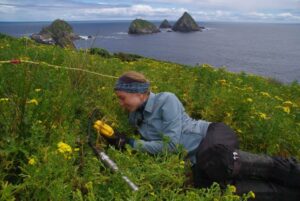 Great outcomes for FOMIs Wildcare Tasmania weed control and shearwater monitoring 2021-2022 season have been achieved thanks to the terrific support over the past five years from the Pennicott Foundation www.pennicottfoundation.org.au. 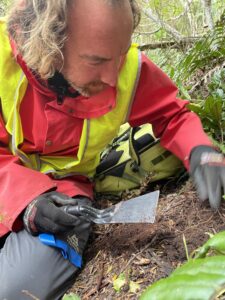 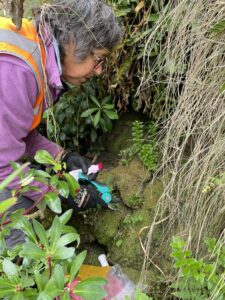 This commitment and support from Robert Pennicott and the Pennicott Foundation has provided a significant boost to these programs. 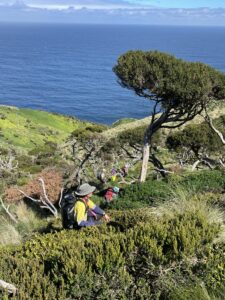 The long-term Weed Control program is vital for ongoing restoration and maintenance of vegetation and seabird habitat values on Maatsuyker Island.

FOMI undertakes annual monitoring of the large Short-tailed Shearwater breeding population on Maatsuyker Island, with the 2021/22 season being the ninth season of monitoring. Burrow occupancy in December 2021 was 67.7 % which was above the average for nine seasons of data (62.3%). Breeding success (the number of pre-fledging chicks as a proportion of nests) was 75% which was above average for eight seasons of data (68%).