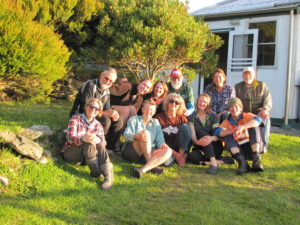 Our fabulous team of 9 – Penny, Suzie, Georgie, Karen, Gary, Davey, David, Sheryl and Min – included 3 newbies and 1 returning to Maat after 7 years. We also had our experienced members to lead the three areas of work – building maintenance, shearwater monitoring and weed control. Our team grew to 11 with the fabulous support from PWS Volunteer Caretakers Heidi and Stephen. And not forgetting support from the team off island including Phil Wyatt Friends of GIS.

Our summer’s working bees (Dec 20 and March 21) were made possible with funding from a generous donation from the Pennicott Foundation, funding from the Australian Government’s Community Environment Program and Wildcare’s Tasmanian Nature Conservation Fund as well as funds raised by FOMI. Thanks also goes to PWS for logistics support and to Heli Resources for ongoing support to our working bees.

It is remarkable how much is achieved on an 11-day working bee. Our first day is mostly spent settling in and familiarizing to the island including a briefing from caretakers Heidi and Stephen. On our second day everyone was keen to get on with the work. Sheryl, with an offsider to do data recording, had the task ahead of checking around 900 shearwater burrows. The building team of David and Davey, with bonus extra help from caretaker Stephen, had an ambitious list of jobs including repairing the flooring in both Quarters Two and Quarters Three, minor maintenance in the Lighthouse and repairs at the Whim Sheds. The weed team, with help also from caretaker Heidi, keen to get out in search of weeds. 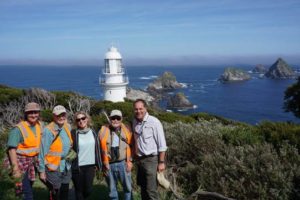 FOMI was pleased to have the opportunity to give Jason Jacobi, PWS Deputy Secretary, and Suzy Kidd, DPIPWE Volunteer Management Framework Project Officer, a rapid island tour to share the successes of the FOMI and PWS partnership as well as to talk about future aims of the conservation of the natural and historic values of Maatsuyker Island.  Also, on the island with a busy first day of caretaker changeover, were PWS staff Jeremy Hood, Jen Mudge and Brett Knowles and our building team were happy to have time with Peter Rigozzi, PWS Heritage Officer.

The weed control program started in 2004 and over the past 17 years has been focusing on 4 weeds: blackberry, Hebe elliptica, Montbretia and Californian Thistle. 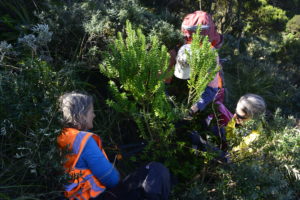 The long-term Weed Control program is vital for ongoing restoration and maintenance of vegetation and seabird habitat values on Maatsuyker Island. The March 2021 working bee team surveyed 12 hectares, checked a total of 415 sites, removed 50 Hebe (8 sites), 175 Montbretia (15 sites), 14 thistle (1 site) and, for the first time in 17 years, found no blackberry from a total of 181 sites previously recorded.

Our survey is carried out in zones and with the use of a surveyor’s hip-chain used to mark one edge of the survey area on each transect. The person carrying the hip-chain follows the edge of the zone as well as using a compass to maintain bearing. Other members of the group walk parallel to the person carrying the hip-chain, and each person walks close enough to each other to ensure visual coverage of the area in between checking previous recorded weed sites and searching for any new investations.  At the end of each section the group reverse direction and travel back along the adjacent section, using the hip-chain thread as a guide and retrieving the thread. The person on the other side of the search line marks out a new line using the hip-chain for the process to be repeated until the zone being checked is complete. This process has ensured a methodical system of weed survey and control. The use of the Fulcrum app, operated on mini-iPads, enables volunteers to locate previously recorded weed sites and directly enter data on weed status in the field.

To care for this unique place by removing the invasive weeds is such an amazing privilege and to walk in an environment so beautiful is an absolute joy. 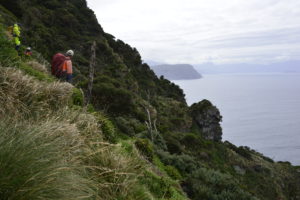 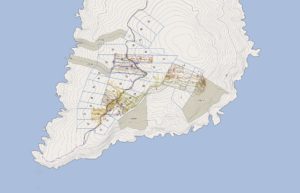 Good breeding season for shearwaters on Maatsuyker (by Sheryl Hamilton) 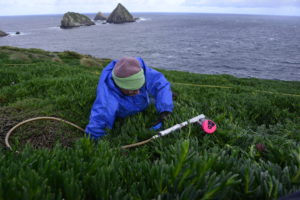 In the 2013/14 breeding season, the Friends of Maatsuyker Island (Wildcare Inc.) began long-term monitoring of the short-tailed shearwater population that breeds every year on Maatsuyker Island. This important population is the third largest in Tasmania, the largest in southern Tasmania and the largest unharvested population. Each season, using a specialised camera burrowscope, volunteer scientists check about 900 burrows in marked plots for breeding pairs during early egg incubation (December) and again for pre-fledging chicks (March). 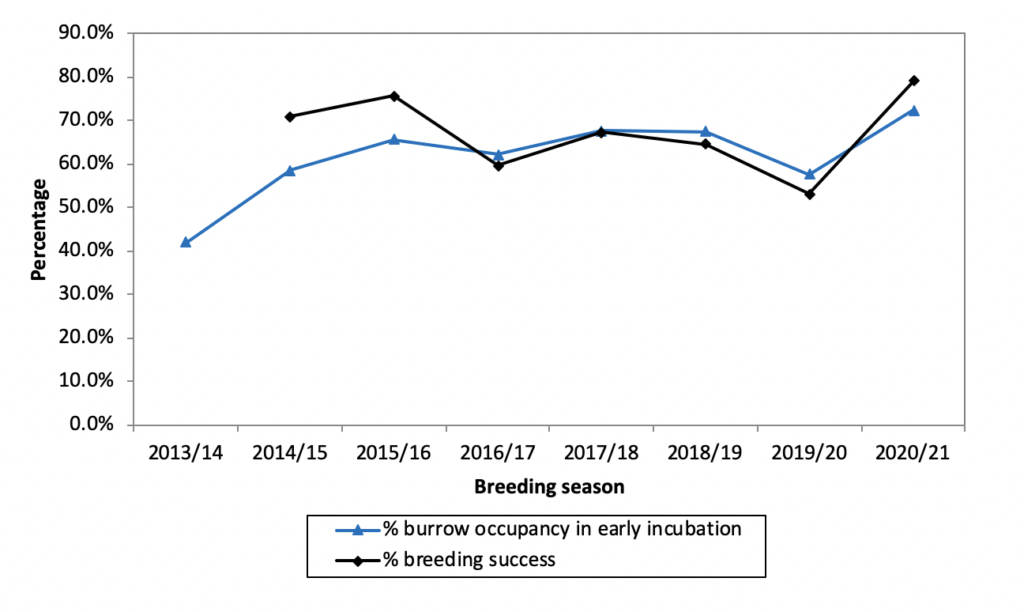 Figure 1: Annual burrow occupancy during early egg incubation and annual breeding success (i.e. the proportion of nests in December that produce a pre-fledging chick in March) on Maatsuyker Island. There was no March trip in 2014 and so no breeding success data were obtained for 2013/14 season. [Data not to be cited without permission of author – Sheryl Hamilton.]

The building team David Milne and Davey Masters, with brilliant assistance from weeder Gary and caretaker Stephen, completed a range of projects, including repairs and replacement of flooring to one bedroom and two pantries in Q2 and Q3.  This work, along with a close inspection and assessment of suspect flooring in Q1, means that every room in each of the houses is now safe to occupy for the first time in years. 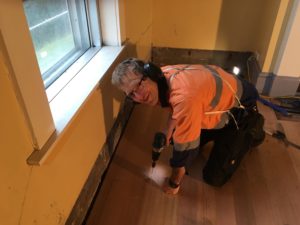 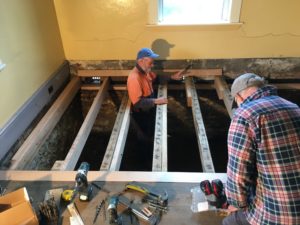 Works also completed at the lighthouse included: cleaning and lubricating the clockwork mechanism, fitting the kerosine tanks, repairing several windows and repairs to the flag cabinet.  The lighthouse looks brilliant and is now maintained in a condition deserving of its heritage value and status. 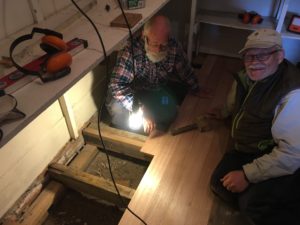 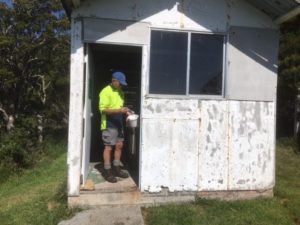 At the other end of the island, the whim shed gained improved security and weather-tightness with repairs to the frame and replacement of the entry door, latch and jambs. The timber seat overlooking the Gulch was repaired and the collapsed timber tank stand was replaced.  The copper tanks were discovered to be reused water header tanks from the quarters 2 and 3 – an intriguing example of how materials were repurposed as circumstances demanded and opportunity allowed. 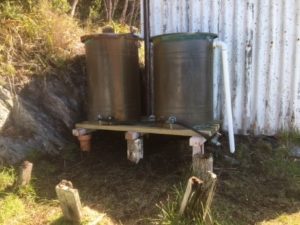 The building crew also were able to meet with PWS heritage specialist, Peter Rigozzi to inspect all of the buildings and canvas heritage issues and the future works program.