Strong winds seemed likely but there were various alternatives available instead of the planned work in highland part of the park.  However, the latest predictions indicated it would not be strong until later in the day and on arrival at Mount Field it was relatively calm. We decided to chance it high up and started down the track from Lake Dobson to Lake Webster and Twilight Tarn.
All the fallen vegetation and damage from the weather over recent months was cleared, which included several Banksia trees.  After meeting all requirements, this was the first time we have had permission to use a chainsaw and it proved most valuable in several spots where our hand tools were not capable of getting through trunks. The group brought a good quality small chainsaw and with the skilful use by Greg it had the job done in quick time. Greg maintains the saw for us and keeps it in top condition.

We had finished the work by lunch time and by then the wind was starting to increase in speed, but it wasn’t really until nightfall that the high winds moved in, so we had fortuitous conditions.

More photos at this link 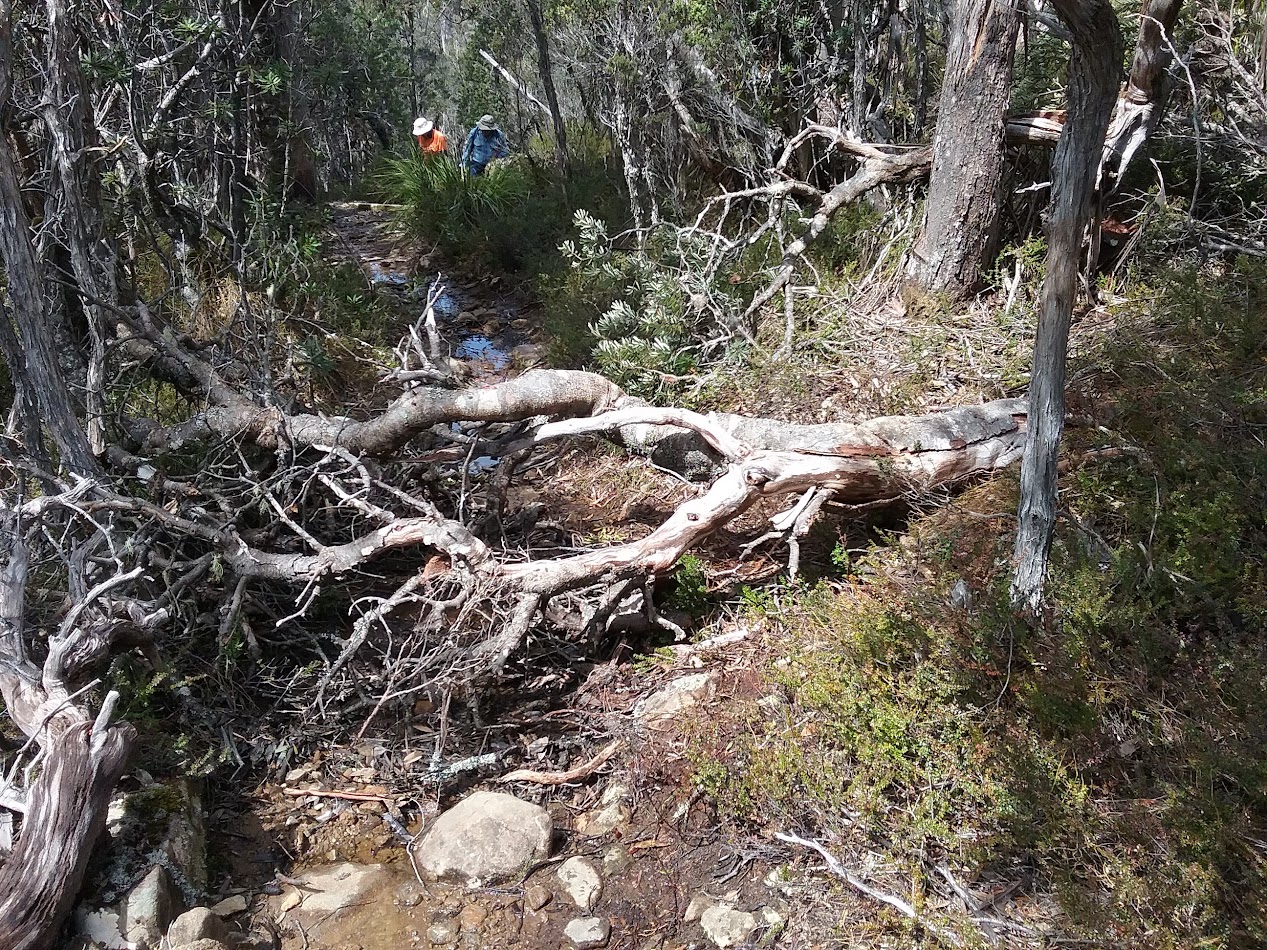 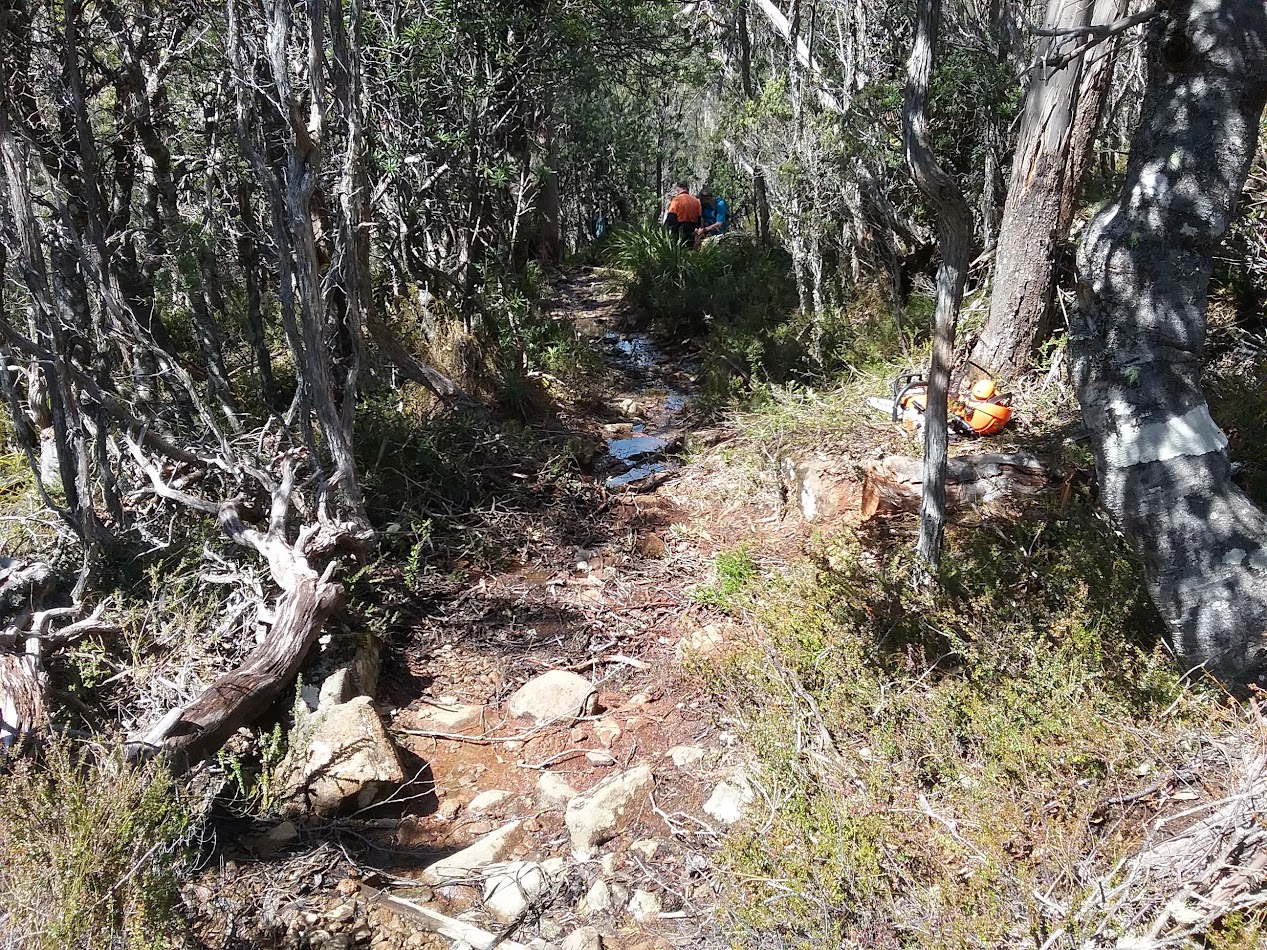 Fallen Banksia before and after being cleared with the chainsaw.

The Friends of Mount Field have a blog site with details of our activities.