Getting a lift up to Goat Hills is a great boon, but when we have to get back on foot the old route is a much pleasanter way both visually and ease of walking. To enable us to go this way a car shuffle was arranged and it worked out well.

Some plants in the work area were looking in a poor state and that included quite a number of our number one enemy up there, Erica. Initially those on the flatter spots were cleared and despite it being so dry the plants mostly were able to be pulled out with aid of pliers.  It seemed that the soil was gritty enough not to resist.  This was not always the case on the rockier locations higher up where much more needed cutting. Here also the understory of Acacia riceana is quite prolific so there is a lot of weaving about to avoid the spikes when searching.

The upshot for the day was that all of the planned work area of 2.5 hectares was now cleared of Erica. It has taken us 4 sessions, but we have been in that position a few times in the 15 years working the site. But it is getting easier and quicker, which is encouraging.  Our plan is now to push back the front further west into a new zone that is in difficult terrain due to the vegetation denseness impeding access to locate the weeds.

We enjoy the bush at Goat Hills but we certainly didn’t appreciate the illegal bike rider zooming along the firetrail nor the noise it generated. 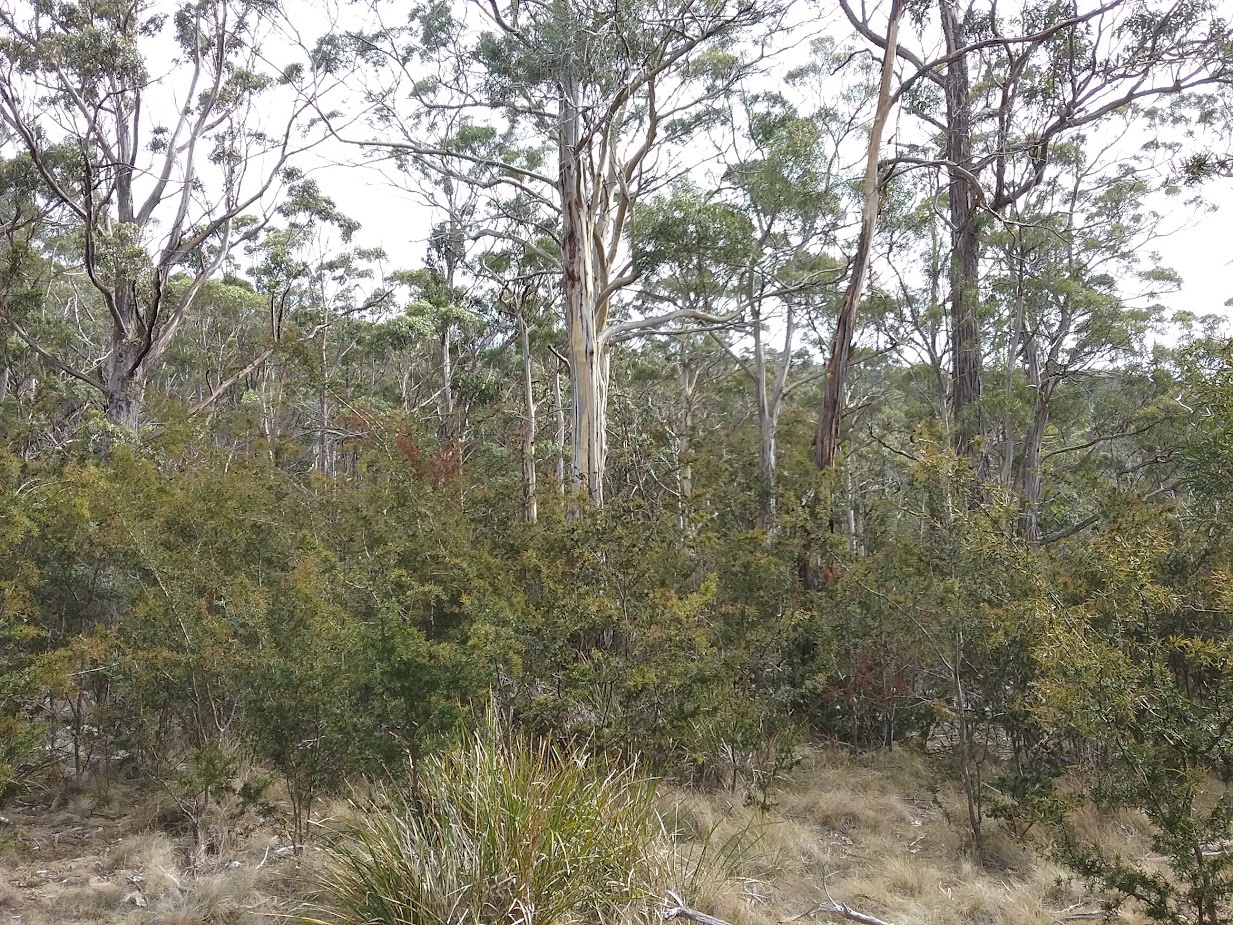