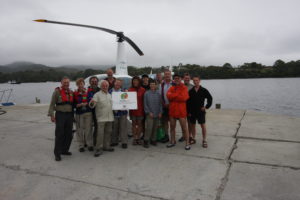 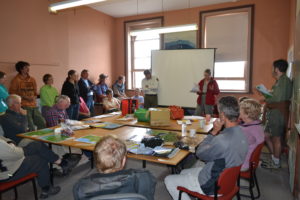 The Wildcare group, Sea sPurge Remote Area TeamS (SPRATS), is a self-managing group of volunteers working in partnership with the Tasmanian Parks and Wildlife Service (PWS).

For the last 15 years the group’s main objective has been to control and if possible eradicate the ecosystem-transforming weeds sea spurge (Euphorbia paralias), marram
grass (Ammophila arenaria) and blackberry (Rubus fruticosus aggregate) from the coastline of the Tasmanian Wilderness World Heritage Area (TWWHA) and its adjacent areas on Tasmania’s west coast.

This region is one of the most important areas in Australia for conservation. Other than the target weeds, the region has a low weed incidence and is a major stronghold for a number of shore-nesting and feeding birds, including the hooded plover, pied oystercatcher and sooty oystercatcher along with the orange-bellied parrot during its migration. These bird species are at risk due to sea spurge and marram grass’ ability to transform the coastline’s geomorphic structure, making it less suitable for breeding and feeding.

SPRATS have been at the forefront of the development of adventure volunteering, which is the linking of effective and highly targeted environmental work with high value
recreational activities.

The group has been highly effective at value-added remote-area weed management. To date, for an input of $325 000 of state and federal grant money, about $2 190 000 of volunteer labour has been performed, a return of about 7 to 1. 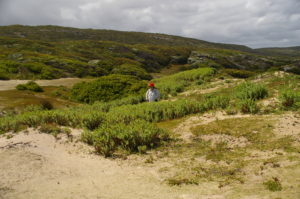 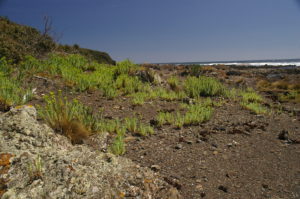 There is about 850 km of coastline between Macquarie Harbour and Cockle Creek, with about 425 km of this coastline being considered susceptible to sea spurge and/or marram grass invasion.

See all the data and results to date in this article – SPRATS summary 2021.

A feature of SPRATS’ work program is collection of detailed, geo-referenced data on all weeds removed along with targeted research into the most effective treatment method. This data is used to demonstrate work effectiveness, plan work programs and report back to the PWS and other funding bodies. At the start of each weeding season, detailed maps are prepared showing weeding sites, campsites and walking routes. This data is downloaded into GPS units so that all groups can efficiently and easily locate previously recorded weed sites, campsites and walking routes.

SPRATS’ results have been recognised by:
– finalist in the 2017 Tasmanian Community Achievement Awards;
– winning the 2016 Invasive Species Council’s Froggatt Award for control and eradication;
– selected as a case study showing the effective use of volunteers for environmental work;
– winning the community group category of the 2009 Tasmanian Environmental awards;
– finalist in the 2009 and 2010 Banksia Environmental awards – community group category. 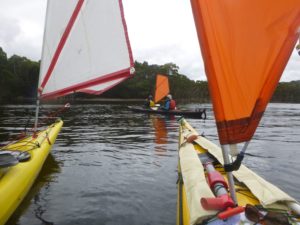 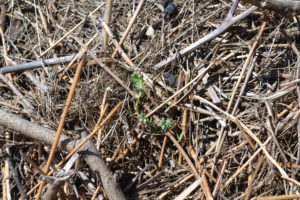