Spotlight on Friends of Wellington Park 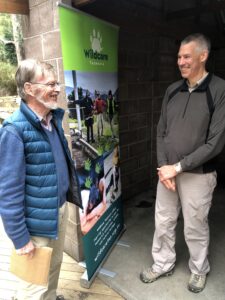 Peter Franklin (L) and Stephen Mattingley – leaders of both Friends of Wellington Park and Friends of Mt Field.

With more than 100 members, the group works in many areas of Wellington Park from north to south (see map below) and nearby Hobart and Glenorchy Council reserves.

This group is powered by the dedication of a core active group of about 15 members who have achieved a great deal with very little grant-funded work.

The backbone of their work is conducted during monthly working bees held on the first Tuesday of each month and focussed on track work and weed control. 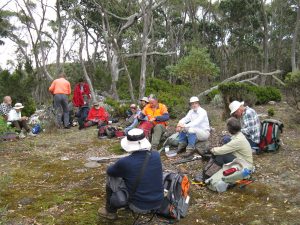 Morning break in an opening at a lovely copse of trees. From left at far end round, Adrian, Viv, Peter, Josh, John, Catharine,Greg, Ted, Greg, Heidi and Chris 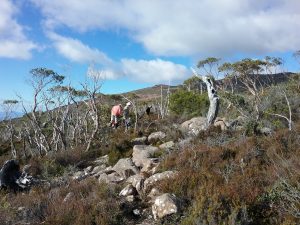 The track goes over the edge of these rocks

Track work (mainly away from eastern face of mountain)

Major projects have been carried out at the following sites:

Spanish heath and gorse are the main weeds being tackled, with others including:

Major weed projects have been conducted at the following sites:

The Friends of Wellington Park work in partnership with staff from:

and with other groups such as the Australian Plants Society, students (including those visiting from overseas) and a horticulture class. 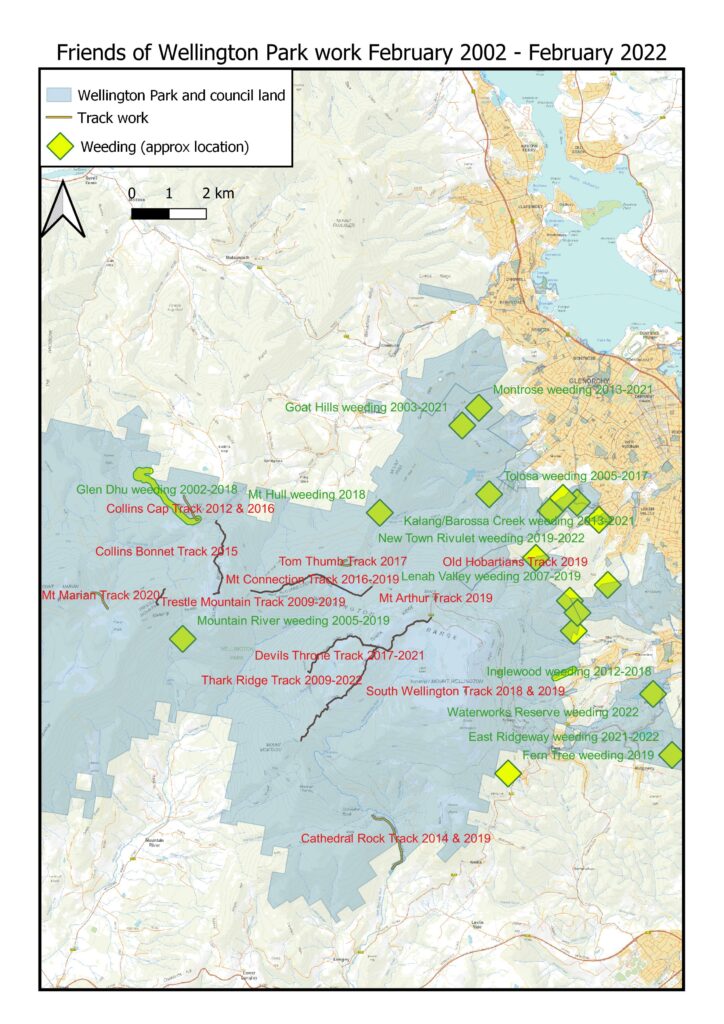