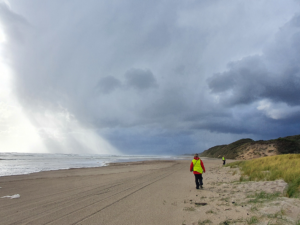 The critically endangered OBPs breed at Melaleuca in Tasmania’s far south west over the summer. During autumn, the birds migrate along the west coast and disperse across coastal areas of Victoria and South Australia where they spend the winter. In the spring, the birds return to Melaleuca.

At the end of this year’s breeding season, a total of 192 OBPs were counted at Melaleuca – the highest number to migrate since monitoring began in the early 1990s. 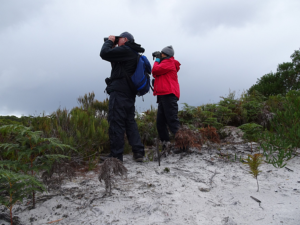 As the hopeful volunteers started their survey, those 192 birds could have been anywhere between Melaleuca and King Island. As the birds leave Melaleuca in small groups, from about February to April, the volunteers knew they would be lucky to spot any OBPs at all. The cold weather added to the challenge, with strong wind and frequent showers; it was likely that any OBPs in the vicinity would be hunkered down searching out seeds in sheltered spots.

A total of four OBPs were seen within a two kilometre radius of the Strahan Aerodrome, all on that first afternoon. One sighting was of two birds, with another single bird seen nearby. The other sighting was also of a single bird.

Over the next two days, the volunteers searched a number of sites around Strahan, Trial Harbour and Granville Harbour, but no other OBPs were found. However, everyone had a great time, with one volunteer saying: 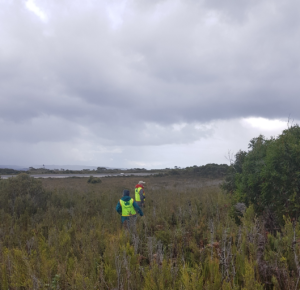 “As a new member I felt the weekend was run amazingly well, with safety being a high priority as well as completing the survey objectives. Challenges – the initial lack of communication channels due to the telephone outage, and the extreme weather conditions in the field were met and handled so well by the team. Thank you for including me in the weekend survey.” 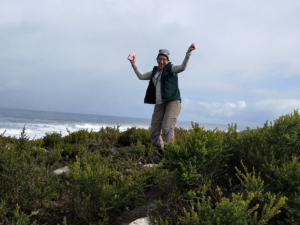 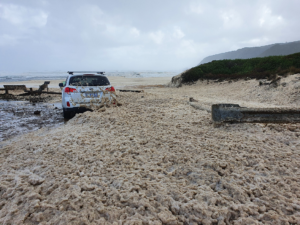