Preserve, protect and enhance the natural and cultural values of Tasman Island for current and future generations. 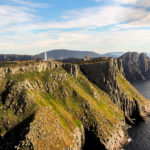 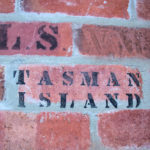 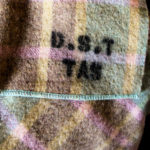 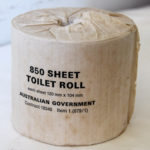 Tasman Island’s bulk stands guard at the entrance to Storm Bay – the final turning point for yachts in the Sydney to Hobart Yacht Race.  Above the cliff-top the white cast-iron tower of the Tasman Island lighthouse sends its warning flash to mariners and, nestled on the plateau nearby are the three houses, once quarters for lightkeepers and their families.

This isolated island lies just a short distance off the south-east coast of Tasmania and is part of the Tasman National Park.  Separated from Cape Pillar by a narrow deep-water passage less than 500 metres wide, Tasman Island’s rugged aspect looks as daunting as it is spectacular.  Impressive cliffs rear upwards, over 250 metres straight out of the sea, with dolerite columns surrounding an undulating plateau, broken by deep fissures.

Difficult to access, the island has an air of mystery.  This was to change when, in 2001, a group of people were able to land on the island as part of a Rotary Club of Tasman Peninsula’s annual fund-raising helicopter visit.   They were able to see, at first hand, this dramatic island and learn about its remarkable history. 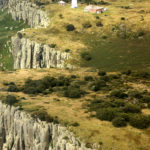 Tasman Island’s heritage goes back to the dawn of time.   Tasmania’s Aboriginal inhabitants were not deterred by the island’s rugged aspect and isolation.  The rich food resources – penguins, fur seals and mutton birds – enticed them to the island in their bark canoes.   This was confirmed in 1911 by the discovery of a “very ancient” aboriginal skull [i] (now in the Tasmanian Museum) and a number of stone tools lying on the plateau in association with the skeletal remains of a fur seal. [ii]

In 1642, Abel Tasman glimpsed the island as his ships Zeehaen and Heemskirk sailed around the coast of what he called Van Diemens Land.  His cartographer, Isaac Gilsemans, noted Stoorm Baÿ, Tasmans Eylandt and De Zuyd Cap (Cape Pillar)  [iii] on a sketch map of what, nearly 200 years later, became known as Tasmania.

European heritage arrived with British settlement in 1803 but it was many years before anyone ventured to land on Tasman Island.  According to surveyor James Erskine Calder, the island was a wild and desolate-looking spot, high and very precipitous, “and if accessible at all, only at one point.”[iv]

Nevertheless, in August 1885 Marine Board Warden, Captain HJ Stanley, accompanied by Government Engineer, R. Huckson, landed on Tasman Island to investigate its suitability to build a lighthouse. [v]   In his report Captain Stanley remarked that on reaching the top of the cliffs their way was impeded by thick stunted scrub with patches of bull oak and honeysuckle (Banksia).  He described “thousands of trees … in a dead and decaying state … and the whole … overgrown with grass and staghorn fern” [vi], remnants of which still occur in isolated patches, today.   However, after another site visit the following year, it was decided instead to build a lighthouse on Maatsuyker Island – an equally remote and difficult location. 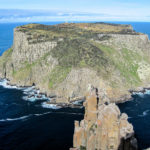 Construction of Tasman Island’s lighthouse eventually got under way in October 1904 when contractors Henrickson & Knutson, together with 20 workmen, arrived to build a landing platform, haulage and install a steam crane which had been used in the construction of Hobart’s new GPO.  Over the next 18 months, a lighthouse, oil store and three substantial brick keepers’ quarters were built on the island and in December 1905, lighthouse superintendent, George Johnston, and his assistants, J. McGuire and E. Davis arrived, ready to commence work.

After being officially opened by Master Warden, AE Risby on, 2nd April 1906, lunch was taken with keepers and their families – “the centre of the dining table adorned by a large cake representing the lighthouse.” [vii]  Later, from the deck of the SS Mahinapua steaming towards Adventure Bay, they observed to their satisfaction that the light was clearly visible.  Family sources say that Jessie Johnston, wife of Superintendent George Johnston, lit the light for the first time.

For over 70 years, keepers were at the beck and call of the lighthouse – each working shifts, 365 days of the year.  Duty in the lighthouse included pumping up kerosene for the pressure lamp and winding the weights every 30 minutes to operate the clockwork mechanism.  They kept a daily log book and made weather observations for the Bureau of Meteorology.   Cutting firewood was the Assistant’s duty every Saturday and maintenance of the lightstation was ongoing 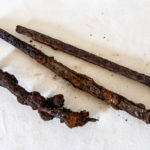 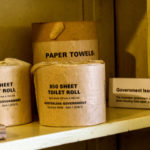 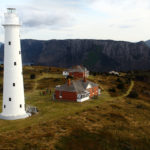 However, with the advance of technology, automation put an end to light-keeping as a way of life.  In 1976, the magnificent 1st order Fresnel lens and lantern room were dismantled, replaced by a fibreglass “Tupperware” lantern room and a modern sealed beam.  The original lens is now on display at the Australian National Maritime Museum in Sydney.

Keepers and their families were withdrawn from service in May 1977 and Tasman Island subsequently becoming part of the Tasman National Park.  But lighthouse heritage was not forgotten. In 1980 the Tasman Island lightstation was added to the Register of the National Estate as well as the Tasmanian Heritage Register and in 2004 the lighthouse was added to the Commonwealth Heritage register.

While the lighthouse has continued to send its warning flash, time and the elements took their toll on other buildings.  Some had, long since, collapsed and the more substantial brick quarters, once homes to lightkeepers and their families, were falling into disrepair.  Weeds and feral cats were now infesting the once pristine environment.

In 1913, John Watt Beattie, on a visit to the island, noted the presence of feral cats.    They “slaughter the birds in a wholesale manner” [viii], he wrote.  Their descendents were still causing havoc among the ground-nesting birds in the 21st Century.  It was thanks to funding from Pennicott Wildness Journeys, in partnership with the Parks and Wildlife Service, that cats were finally eradicated in 2011.  Work to repair storm damage to the landing was also carried out by Parks staff, in conjunction with contractor, AJR Construct.

The advent of Rotary’s annual fund-raising trips brought renewed interest in the island and its heritage.  Wildcare Friends of Tasman Island, a group of volunteers who work, in partnership with the Parks and Wildlife Service, was formed in late 2005 – their aim to restore the island’s cultural and natural heritage to their former glory.  Their first working bee, held on the island in 2006, celebrating the 100th anniversary of the lighthouse.

Since that time, working bees have been held two or three times a year, with volunteers completing an impressive range of conservation and maintenance work.  Many relics found during the course of restoration are now on display in the keepers’ quarters.  An extensive weeding programme has been on-going since 2009.

Work by FoTI volunteers is now concentrating on the restoration of the sunroom and front verandah of both Quarters No 2 and No 3, enabled by a successful crowd-funding programme.  Self-funded, FoTI also raises finance for their work through on-line merchandise sales. [ix]   Donations can also be made through Wildcare. [x]

Volunteers from Wildcare Friends of Tasman Island have carried out many hundreds of hours of work each year towards the preservation and restoration of the natural and cultural heritage of Tasman Island.   Their dedication will ensure that this dramatic island’s history will not be forgotten.