Friends of Claytons – A history and a tribute

By Janet Fenton with Photos by Geoff Doolan 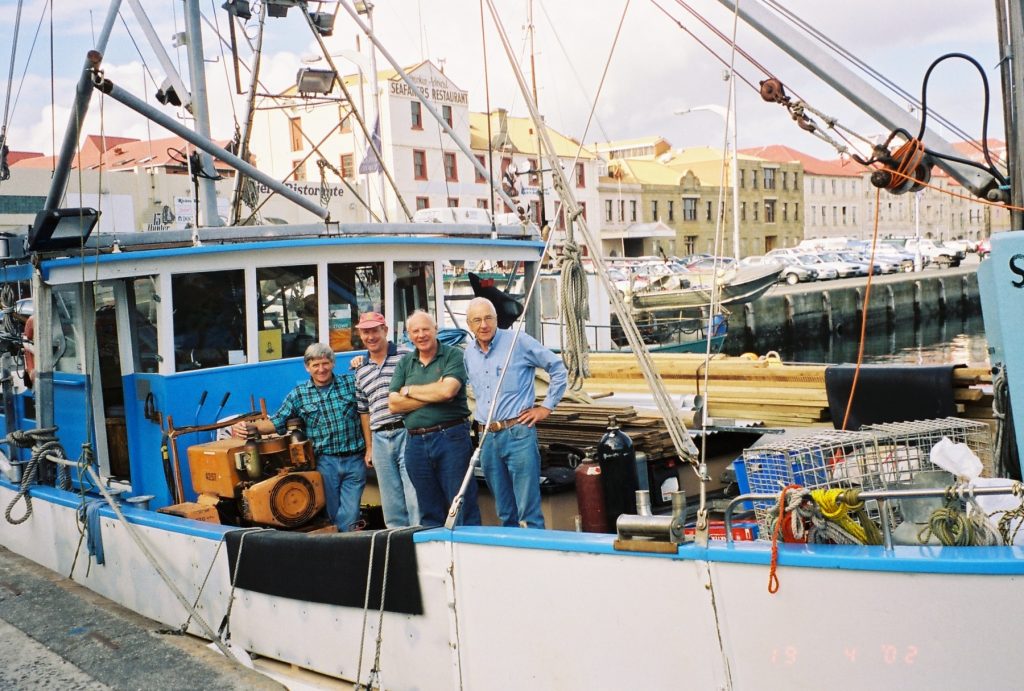 Friends of Melaleuca wishes to pay tribute to the achievements of the ‘Claytons’ volunteers who came before us.

Claytons Corner, with its jetty and historic cottage (home of Win and Clyde Clayton from 1962-1976), affords refuge and recreation for many seafarers venturing to south-
west Tasmania. In recent decades it has also become a go-to place for the various boat-based commercial tours in the Bathurst Harbour area.

But the cottage and jetty would be no more if it weren’t for determination and effort of volunteers from the fishing and yachting fraternities. Their resolve to keep the
cottage and jetty intact and retain a connection with the place and its history led to the establishment of a volunteer group. In the early 1990s, before the advent of
Wildcare, Friends of Claytons was born.

The group initially worked on the jetty and did some preliminary work on the cottage. They became formalised under the PWS Community Huts Partnership Program. Under this program, Friends of Claytons Cottage was able to carry out extensive and much needed repairs. Group secretary, Geoff Doolan, wrote in an article for Fishing Today;

“…sadly the building in recent years had fallen into such a stage of disrepair that serious doubts existed as to how long it might survive.”

A restoration plan was developed and a detailed Plan of Management produced for PWS by Austral Archaeology, who noted that the cottage is an

“important example of adaptation to living in a remote area and the ingenuity required to do so.”

(See Friends of Melaleuca ‘Files’ on the Wildcare website.) 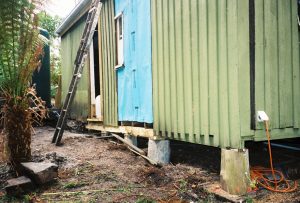 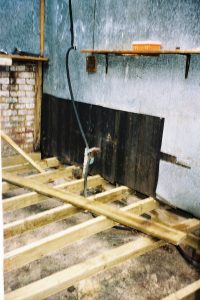 Witnessing that community will and support for restoration of this site existed, PWS was supportive of the project. The list of work achieved by Friends of Claytons in
partnership with PWS staff is indeed a mammoth one! Volunteer ‘tradies’ included a builder, chain-saw operator, and electrician. PWS staff, especially Ranger Albert
Thompson, worked hands-on with the team who liaised with PWS Heritage Officer Jodie Steele. After assessment and quantification, replacement building materials were
sourced and then transported to Port Davey by fishing boat ‘Martrudan’, Mark O’May master. The vessel’s trips and the restoration work were carried out during the summer months in the late 1990s and early 2000s.

Much vegetation, especially tea-tree, had overgrown the garden area and judicious clearing was needed before work on the building commenced. The quartzite gravel garden paths were unearthed. Foundations were repaired including replacement of stumps and bearers where necessary. Rubble was cleared from under the floor for ventilation and the building was jacked up and levelled.

Drainage was improved to divert water flow away from the building. The laundry was re-floored including all support timbers. Original roofing, including corrugated sheets; gutters; ridge-capping; fascias and purlins were removed and replaced with new materials, and sisalation was added.

The electrician rewired the building to provide light and power points to all rooms and the facility to plug into any portable generator. (The original generator had
‘disappeared’ from its heritage Wiles shed, which was rusting badly.) Deteriorated windows were repaired. Steel and brick repairs were also carried out on the chimney, and the flue for the open fireplace was replaced with steel, cut and welded on site. The ‘new’ flue was a re-purposed, upside-down coal chute! The welding took a lot of power so had to be done using a heavy generator on the jetty, then the finished product lugged uphill to the cottage. 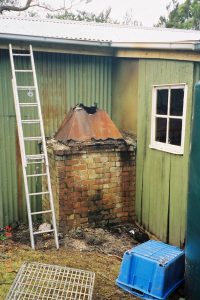 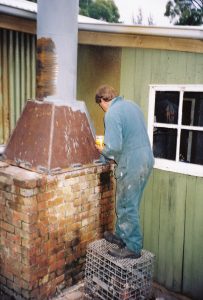 FoC replaced many deteriorated sheets of interior plywood lining and PWS painted the exterior cladding. Rusted water tanks were replaced with large plastic ones transported around the south coast aboard ‘Martrudan’. What a sight out at sea! The boat looked like an oil tanker. The rusting slow-combustion stove was replaced with an ‘Everhot’ on which victualler and cook, Geoff Doolan, prepared many a warming meal for the hungry team. Competent though he was, there were stressful times. A huge turkey destined for the table one evening was still deeply frozen at 3pm on a day when visitors were coming for dinner! The resourceful team eventually saved the day by dissecting the bird into four sections using a panel saw, and it was served up on time.

During each working bee, one night was a special ‘soiree’ when the locals up the river, Peter and Barbara Willson, were invited along. Barbara was once heard to admonish the team leader;

“Mark, do not dare to contaminate my whiskey with soda!”

A guitar evening on a calm and peaceful night was also memorable. The group had great fun. “We were all laughs” Geoff Doolan fondly remembered.

A neglected site tends to attract rubbish. The decommissioned tanks plus accumulated rubbish were all removed from the site on the vessel’s return trips. A Mercury
newspaper reporter snapped their return into Victoria dock with their grizzly load in 2002. 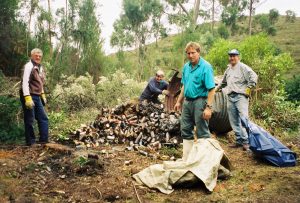 Wildcare was formed in 1997 and later Friends of Claytons joined as a branch. The group’s focus was on major works more than maintenance. Having achieved their goals,
they have now officially handed over the volunteering role of maintenance to Friends of Melaleuca.

Without a doubt, the work of Friends of Claytons saved the cottage from deteriorating into a ruin. Friends of Melaleuca extends appreciation to members of this past group for the tremendous volunteer work undertaken. Special recognition should go to the executive team, Mark O’May, Geoff Doolan and Bruce Craw, for their drive and
organisation.