Friends of Melaleuca held its annual working-bee from 16 to 23 March. 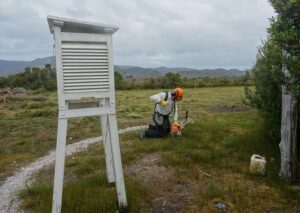 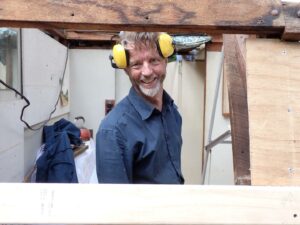 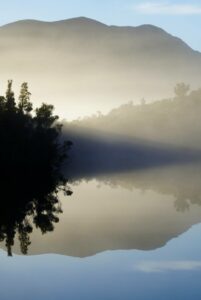 A special project this time was remediation work on the track up Mt Beattie (read about that here). This walk from Claytons corner is very popular but is becoming degraded. General and routine maintenance also continued at Claytons, including a garden clearing blitz and repairs to the fireplace.

Routines continued at Melaleuca too: firebreaks were brush-cut, vegetation cleared where tracks were overgrown, and with gumboots on, muddy drains were dug out. When we got busy around the mine sites, fish oil could be smelt from afar as we preserved rusty heritage machinery. Outbuildings and bushwalkers huts were inspected and further maintenance suggested and noted.

Heritage was high on the agenda at the Deny King Heritage Museum too, where Rona, our museum expert, photographed the objects and entered data on cataloguing worksheets. Rona is now continuing this project, setting up a digital catalogue (including images) for Friends of Melaleuca using the online museum database eHive. This is a big job, but we can all look forward to viewing the exhibits online in the future.

Archie’s crack building team continued restitution work on the Kings’ roof: 3/5ths has now been done – it looks terrific, and will preserve the house for a long time. A great job, team! 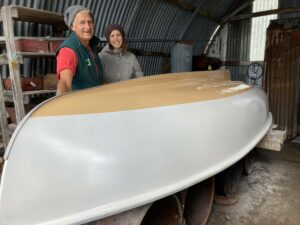 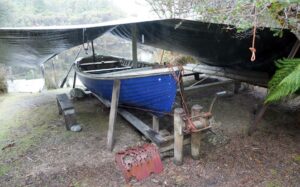 On the slip. Photo Ken and Lauren Jones. 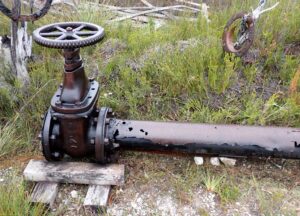 Gardening at Claytons. Note the laurels, drooping in this very dry summer. Photo by Jacqueline Persic.

Our yachties turned into troglodites at Melaleuca South, bravely tackling sub-floor repairs and vastly improving underfloor ventilation at Willson’s. Our shipwright and apprentice resumed the maritime heritage challenge. Pixie’s overhaul, begun last summer, was completed; she is now a very trim dinghy. And then it was Blue Boat’s turn. This old favourite – a king-billy pine clinker-built open boat, was acquired second-hand in 1946 and has led a hard working life on the local waterways. We hauled her out on the slip, and after cleaning her bilges the shipwrights thoroughly assessed her for future work, and caulked some leaks.

Afternoon tea in the buttongrass. Photo by Chris Creese. 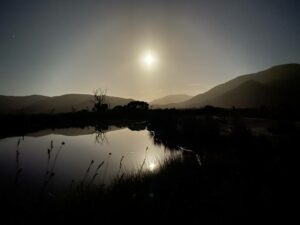 Walking home under a silvery moon after dinner at Melaleuca South. Photo by Ken and Lauren Jones.

Thanks to our team of enthusiastic and hard-working volunteers and also to the volunteer caretakers at Melaleuca.

Thanks also to the PWS team for forward planning and support, especially to field-officer Steve Locke for organisation, on-ground hard work, and boat skippering. And always, thanks to Wildcare for your support and interest.

Here’s a little video we made about this to celebrate National Volunteer Week.