On October 19th and 20th, the Friends of Bruny Island Quarantine Station in conjunction with Tasmanian Parks and Wildlife Service conducted a very successful working bee and celebrated the 10th anniversary of the commencement of FOBIQS. 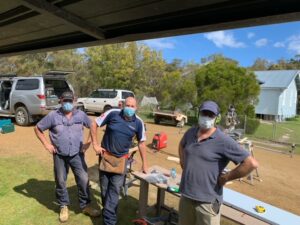 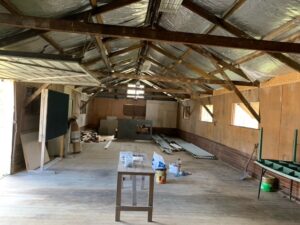 Over the 2 days, numerous tasks were completed including:

Many thanks to these people for their efforts over the 2 days – Rob, Ros, Mary, Kathy, Peter, Wendy, Richard, Paul, Jane, Scott, Tony, Stuart, Scott, Barry, Jen and Richard. Thanks also to the Caretakers, David and Shirley, who helped in preparing for the working bee tasks. 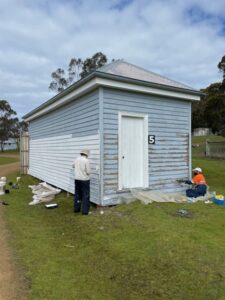 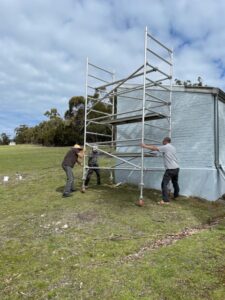 On Tuesday 19th, a small celebration was held to mark the 10-year anniversary of the FOBIQS. We enjoyed a luncheon and a cake to mark the occasion. Some of the original members were in attendance: David, Kathy, Wendy, Richard, Peter, Scott, Jenny and Marg.

The group were discussing how their original 5 year plan had been met within the first 4 years and that the site continues to be enhanced for visitors.

Thanks again to all those who attended and helped make both events successful. 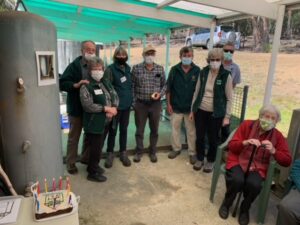