In August 2014 the Wildcare Inc. ‘Friends of Bruny Island Quarantine Station’ group held a special ‘S. S. Oberhausen’ day to commemorate the capture and internment of the crew by our naval reservists when war with Germany was declared by England. 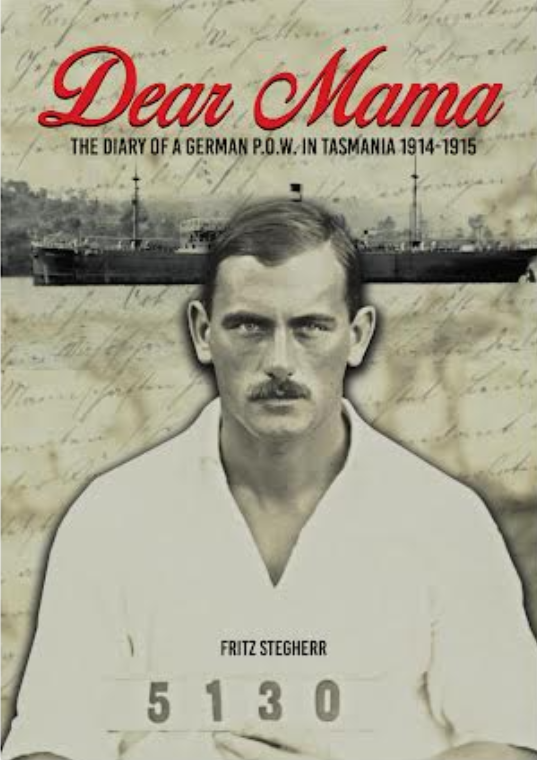 Our group discussed how wonderful it would be if we could make contact with descendants of some of the crew members to find out what happened to them on their return and to this end we made contact with an online German magazine ‘GeschiMag’ which lead to an email interview with the editor which was published in March 2014.

The article was headed ‘The Wrong Place at the Wrong Time’.

In 2016, Roswitha Müller read the articles online, and contacted our group – as her grandfather Fritz Stegherr (4th Officer on the S. S. Oberhausen) had completed 5 diaries during WW1 in his time as a German Internee, (although he refers to himself as a Prisoner of War).

Roswitha sent the diary that documented his time in Hobart & Bruny Island Quarantine Station to our group on a ‘loan’ basis. As it was written in old German, the mission then began to find someone who could translate the Old German into English (over 500 pages).

Enter Paul Thost, who spent the next two and a half years translating the diary, which has now been published and is available in the Wildcare Shop here ($47.90 incl postage).

All profits go to the ‘Friends of Bruny Island Quarantine Station’ to be spent onsite.