Who are the Friends of Freycinet?

The incredible outcomes achieved by the Wildcare family are not just thanks to the ongoing support of our on-ground volunteers, but also of our valued donors. Wildcare Tasmania operates a tax-deductible donations fund called the Tasmanian Nature Conservation Fund (TNCF). Through the TNCF we aim to bring together the contributions of volunteers and donors to care for the ‘wilds’ in Tasmania. Without the support of our donors, the scope of Wildcare would not be what it is today. The Friends of Freycinet have just had a grant approved to aid their ongoing conservation efforts protecting and enhancing the natural and cultural heritage values of the greater Freycinet Peninsula area. 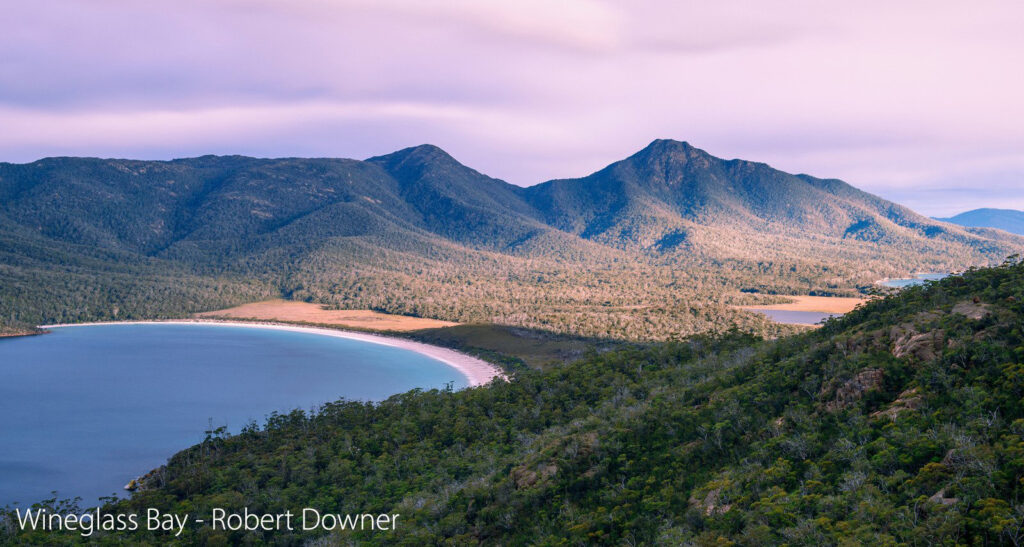 Renowned for its rugged coastline, stark white beaches and rich cultural heritage, Freycinet National Park is one of Tasmanian’s most beloved landscapes. Renowned for more than just stunning scenery, the varying ecosystems of Freycinet support a rich and diverse natural environment. Visitors to Freycinet may be fortunate enough to see incredible species including the Southern Right Whale, the White-bellied Sea-Eagle, and the mountain dragon. More than 500 plant species have been recorded within the park, including over 80 species of orchid. Outside the bounds of the national park is Moulting Lagoon, a Ramsar listed wetland. This lagoon is the breeding site for about 8,000 black swans, which accounts of approximately 80% of Tasmania’s swan population.

Freycinet hosted over 300,000 visitors in 2019, making it Tasmania’s most popular national park. Such high visitor numbers increase the prevalence of certain threats to biodiversity. For example, with more foot traffic, the fungus Phytophthora cinnamomi (root rot) is more like to be transmitted further within the park, threatening  numerous plant species. Although the fungus is relatively contained within Freycinet, it poses a particular threat to many types of vegetation found within heathlands and heathy woodlands, including several species of endemic orchid.

The Friends of Freycinet (FoF)

The FoF is one of Wildcare Tasmania’s most active groups, hosting five week-long working bees each calendar year. A huge part of the volunteer program is the mitigation of weed infestations and human behavioural impacts on the natural and cultural values within the reserved lands. FoF volunteers have contributed approximately 2000 hours in five working bees since December 2020, with an average of ten volunteers attending each working bee. Over the years the team has tackled some impressive numbers of weeds including 3000 pittosporums in August 2021, 12,750 gorse plants from Schouten Island in 2019, and another 25, 000 gorse seedlings the following year!

The Friends of Freycinet during their most recent working bee.

Apart from their incredible weeding work, the FoF have also spent countless hours helping to reduce the impacts associated with park visitation. The team has collected thousands of items of litter, re-coated of the Cape Tourville boardwalk several times, and most recently helped to build lids to close fire pits during fire bans. The FoF also work along the greater East Coast, ranging as far away as Dolphin Sands and Bicheno.

The FoF have recently have recently received a grant from the TNCF. The relatively small grant of $695 has been approved for the purposes of purchasing weeding and PEP equipment. This grant comes at the perfect time as the FoF prepare for a Schouten Island working bee next month, which aims to tackle a growing swathe of blue periwinkle. A previous grant application is also covering the team’s transport cost for this upcoming trip.

Be sure to join the Friends of Freycinet, to help protect one of Tasmania’s most iconic landscapes, and to stay up to date with all their future endeavours!

The incredible work completed by the Friends of Freycinet has been made possible by generous donations to the Tasmanian Nature Conservation Fund (TNCF).  Donations to the TNCF allow Wildcare Tasmania volunteers to protect Tasmania’s most remote corners. Without ongoing support to the TNCF, Wildcare groups cannot continuously operate to such high standards. Please consider supporting the TNCF in any way you can.