We think we got the lot

Back in 2013 a patch of Spanish Heath (Erica lusitanica) was noticed not far from the track to Marriotts Falls and a start made on removing it. The location was surrounded by a large grassy marsupial lawn that was presumably once a farm paddock. Although in this area the track crosses private land the Erica is well within the PWS reserve, making it less complicated to tackle. 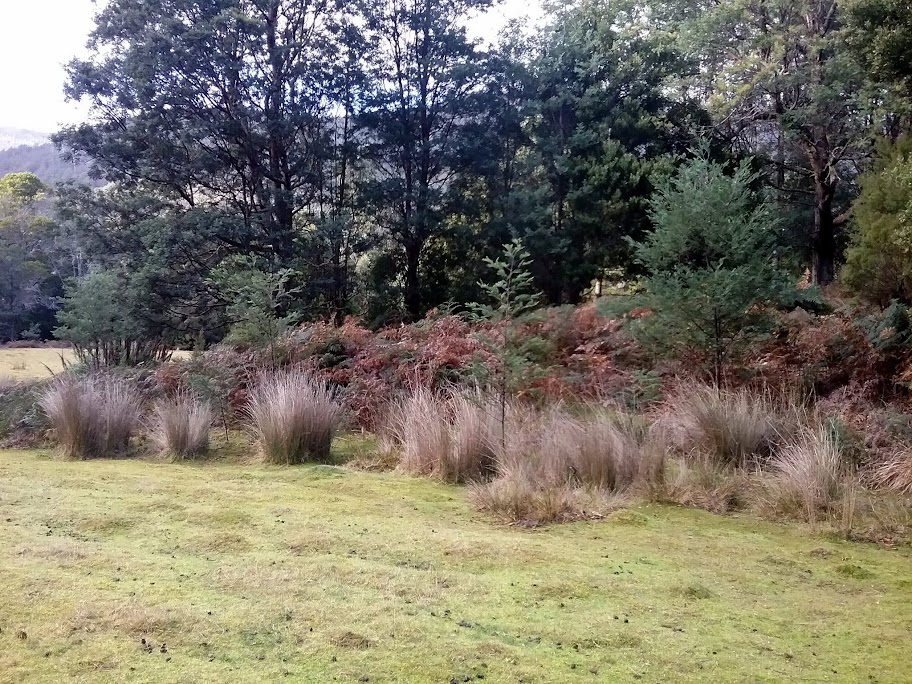 Bank where the Erica was discovered

In June 2015 we returned and cut down quite a lot of bushes and on this current visit we managed to remove the remainder of the Erica. The majority of the bushes have been old and large with quite thick trunks; in fact they were as big as any that we have seen before. Before being able to start cutting an amazing depth of mulch had to be scraped back. Despite the length of time these plants had been growing there were remarkably few young plants or seedlings. Thankfully there were only a few that had regrown from the 2013 work.

Weather up this way can be quite mixed but on this occasion it remained fine with some sun. The temperature was -2 and frosty at Bushy Park on the drive up and the high country had good coating of snow. Unfortunately it was also a day that saw a number of volunteers having to cancel due to injury, illness or holiday.