After nearly two decades Bob and Penny Tyson hang up their fork and gloves. For 17 years the couple volunteered for the Friends of Deal Island. Although they will be slowing down, Bob and Penny’s legacy blazed the trail for those who follow in their footsteps. 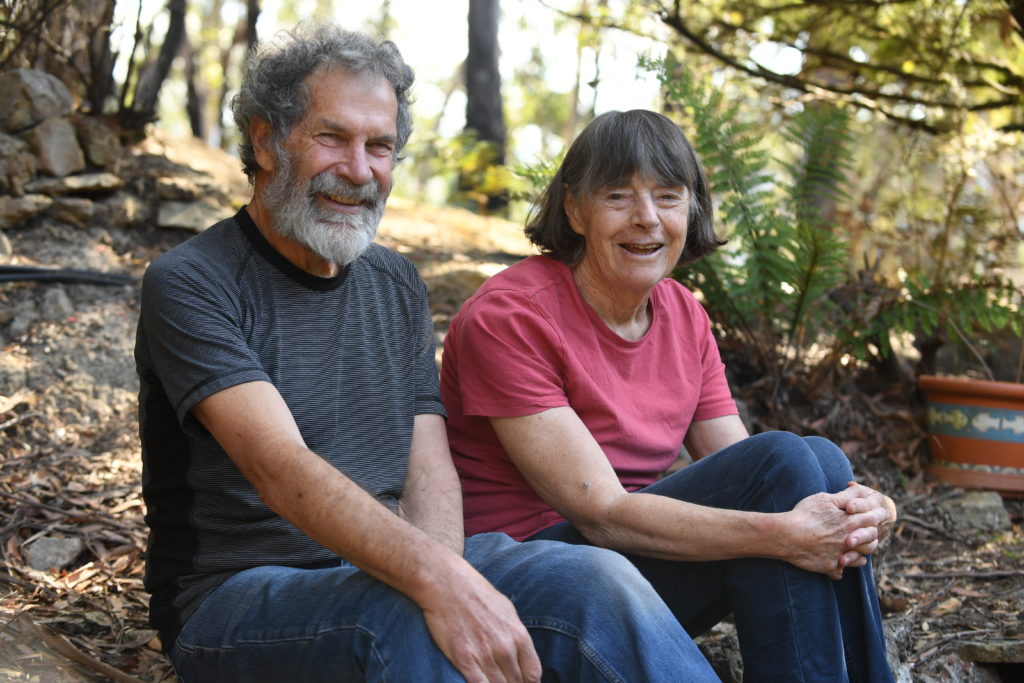 Deal Island is the largest of Tasmania’s Kent Group Island in the Flinders municipality. Bob and Penny first volunteered as caretakers back in 2004 on the rugged red granite island which rises nearly 300 meters out of the Bass Strait. Their expertise in the natural environment raised the bar for natural resource management on the island.

Since its formation in 2007, Bob remained a member until 2021, where he offered so much of his time supporting the branch’s ongoing success by arranging and participating in working bees, writing grants, fundraising, and collating the newsletter.

With a passion for the environment, they studied botany at university. Bob worked for Parks and Wildlife and Penny volunteered for the Herbarium. Penny’s experience at the Herbarium, was invaluable for their work on Deal Island. She collected specimens to study and gained extensive knowledge on classifying plants.

“The environmental weeds live there at the expense of those that ought to be there”, explains Penny.

Penny took the existing weed management plan and with her knowledge from the Herbarium, developed the extensive document, still used by caretakers and the branch today.

Considerable progress in the management of weeds on Deal Island 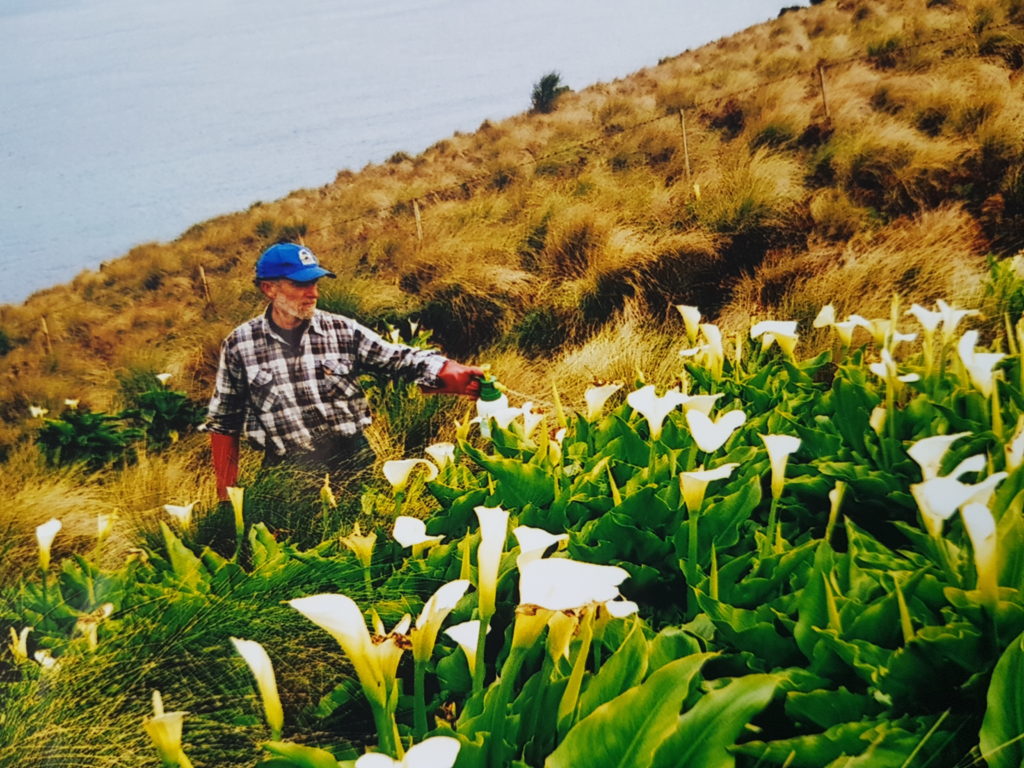 Arum lilies near Telstra Corner in 2002 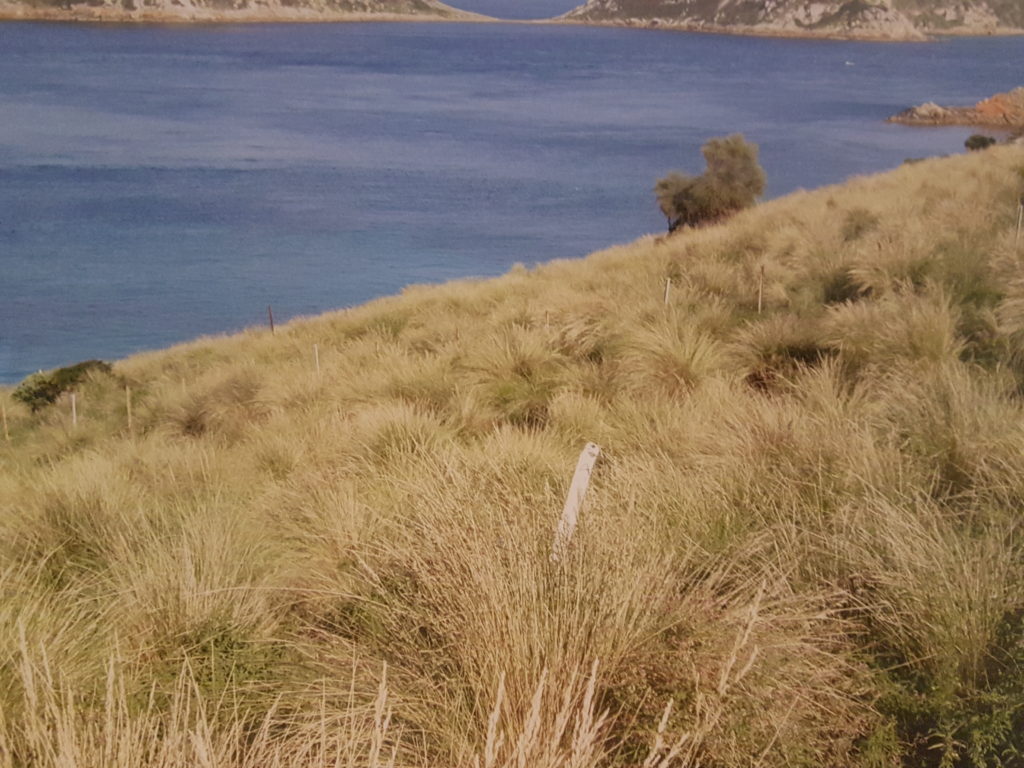 Telstra Corner with no Arum lilies 2016

Friends of Deal Island is just one of the many groups Bob and Penny volunteered with over the years. They have been involved in a number of Wildcare groups including Cockle Creek, Sprats, Wellington Park, Maria, Melaleuca, and Tasman to name a few. Their contribution to these areas has been vital to the continuing success of the groups.

Stepping up to the role as President of Friends of Deal Island, Jo Widdowson feels she has big shoes to fill. “Bob and Penny’s passion and persistence have been key to the success of the weeding program on Deal. Their easy-going, friendly and caring nature has made them well-loved and respected members of the branch and we are grateful not only for their amazing contribution to the branch & Island but for their ongoing support and wisdom”.

“Whilst I’m happy to step up to the role of President to allow Bob more time with his family, I’m daunted by the shoes I’m trying to fill, but grateful both Bob and Penny remain as general members, are willing to share their knowledge and support when needed”.

Being a member of the Friends of Deal island is more than just weed control and foreshore clean-up. It’s meeting interesting people, learning new skills, and doing your bit for the environment. For anyone thinking of joining, Penny’s recommendation is,

“Just do it! Just volunteer, talk to people. You will learn so much”. 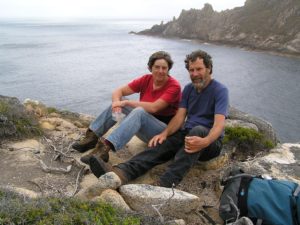 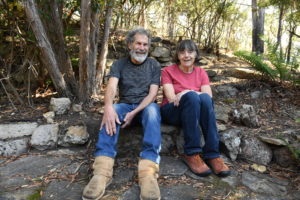 Bob and Penny Tyson in 2021. Photo by: Fiona Harding 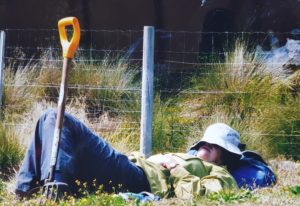 Penny Tyson sneaking in a nap in break time during one of the working bees. 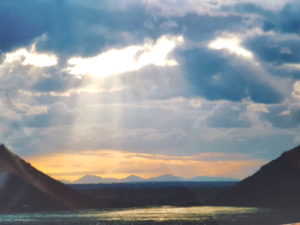 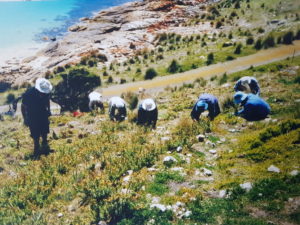 Volunteers weeding during a working bee

To become a member of the Friends of Deal Island, head to the Wildcare Tasmania website

We’d love to hear any comments or stories on Bob and Penny’s contribution. Please drop us an email or leave a post on our Facebook page