It isn’t always this hard

With 2 ½ hours at best to get there, part over a wet and muddy moorland followed by a long bush track that seems to go on forever and capped off by a very muddy buttongrass plain, takes quite an effort. But then it all must be repeated in reverse and that puts repairing the hut at Lake Belcher high on the list of our hardest assignments; self-inflicted of course.

This is probably the reason people only come once on working bees at the hut.
The areas with poor walking conditions has an additional unfortunate aspect, because the effort in negotiating the track reduces one’s time and inclination to take in
the surroundings.  Wombat Moor can be particularly attractive when the flowers are at their peak and has good views of Mount Mawson and surrounds, whilst in the valley of Lake Belcher the cliffs and peaks rise dramatically above, and numerous Pencil Pines dot the landscape.

The work resulted from a Tasmanian Community Fund grant at the end of 2015, but circumstances arising from the logistics of obtaining timber and getting onsite together with the fires of that summer meant work could not really get underway until this 2016-17 summer.

The timber was helicoptered to the site on 18 April 2016. As it takes at least 5 hours just getting to and from the site it leaves a limited amount of daylight outside the summer months for working. The hut is in high country and we cannot paint the timber until warmer weather, as it does not dry if temperatures are below 10 degrees.

On the day chosen for the trip the weather was ideal; fine but not too hot. The old boards were off quickly enough but many of the nails were stubbornly difficult to get out of the hut frame. Nevertheless, progress was good and while this was going on
repainting of the cladding installed in 2013 was commenced. This cladding was on the north western facing wall and the tough conditions had already caused weathering. Although the paint ordered was of the same colour it was a different brand and the difference was significant. The hut is no longer the traditional Mission Brown so often associated with huts in national parks.

Unfortunately, we were not quite able to entirely complete the work, this will necessitate another trip, including tidying up the old timber that has been replaced.  That most likely will not be for a few weeks to allow the memory of getting there to fade a bit.

The photo album is on line 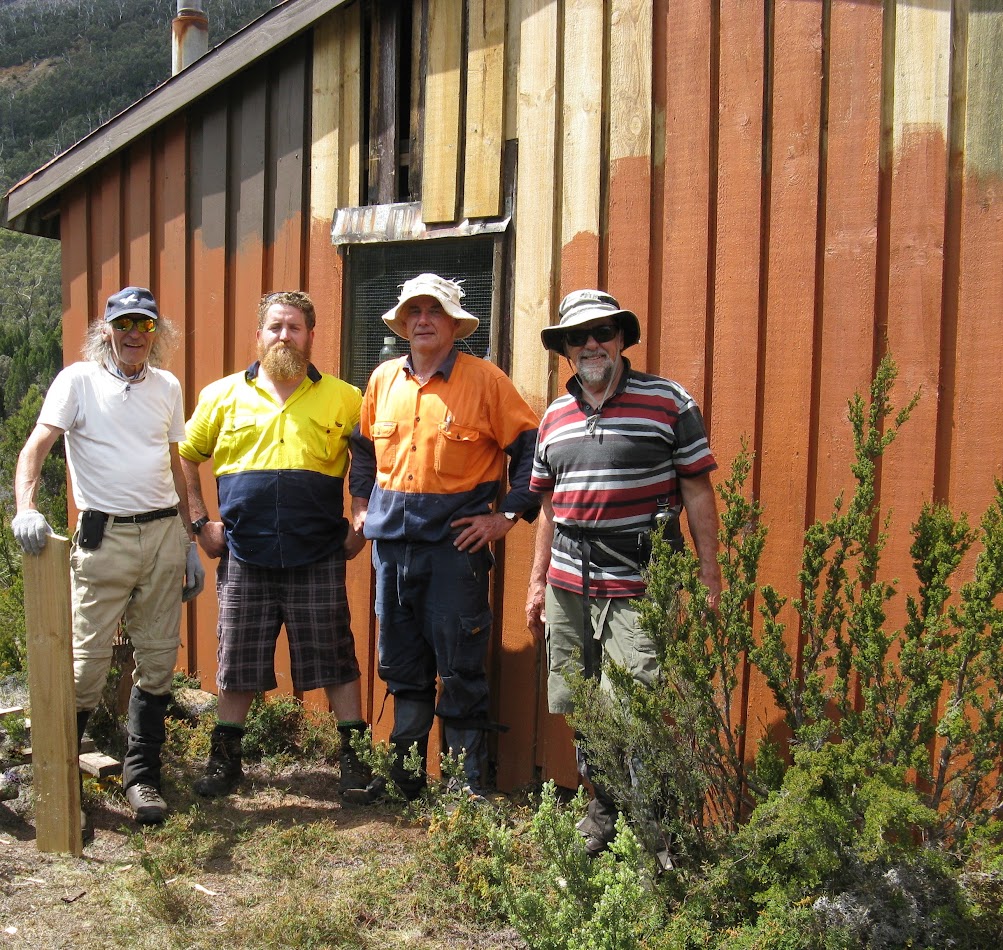 
the featured photo on this posting is from chris Ames