Within the bush in McRobies Gully lies a few spots that were smothered in Erica or Broom and we first worked on them in 2006.

One location was within the area of a management burn in Spring 2015 and amazingly almost everything but a patch of Erica had been burnt. It proved to be a bigger task than imaged because it comprised a lot of small stemmed plants packed closely together.

It was a good turnout which enable the area to be cleared before enjoying coffee and tasty Danish pastries courtesy of the City of Hobart Bushcare.

Below us an area of Erica which was cleared between 2006 and 2009 and some seedling had recently been noticed after several years free of any signs.  On closer inspection there were many more than thought and it seems that the last year may have been very conducive for the seeds in the soil to sprout.  Beyond is a location that had huge volumes of Broom and even here a number of quite small plants were spotted, after 5 years free of them.  No wonder they are hard to beat. 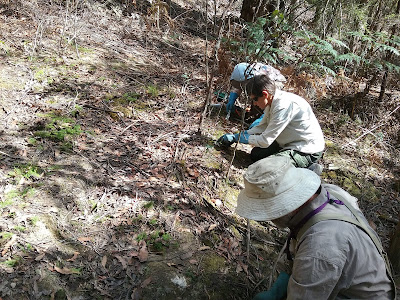 Whilst there the builders of a new bike track were working quite close and we able to view some of the construction.  The track departs from the lower McRobies fire trail and heads down towards the tip where it will then go up to New Town Track.

Jean and John were planning to join us part way through the morning and even saw us working from the distance, but we had moved by the time they arrived and were unable to find us. No we didn’t hide from them.

Our final task was an area closer to the Main Fire Trail where some Erica was known to be present. When we worked downwards at the bush edge some quite old large plants were encountered and most will have to wait for another occasion. 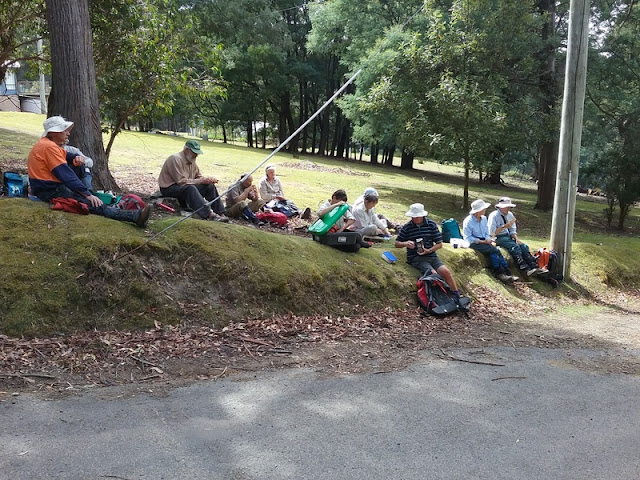