From Utah to down under – Meet Hunter Birch

Hunter Birch is a Wilderness Ranger at Zion National Park, Utah. During a recent 6 month stay in Tasmania, he discovered Wildcare and participated in 2 working bees with Friends of the Franklin River and Friends of Melaleuca. After safely returning to work in the U.S. – amidst dealing with crowds and search and rescues during the pandemic, he found time to share his reflections on the time he spent in Tasmania. Here they are. 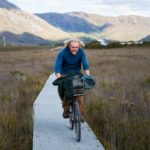 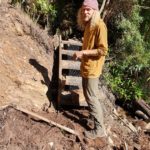 I travelled to Tasmania because of its vast wilderness and natural beauty. I spent a month or so when I initially got there just backpacking and climbing. However, as a ranger, I know the impacts that I have recreating in places, even if I’m recreating responsibly, and quickly started to feel like a sponge on Tasmania. I was using and enjoying the natural beauty of the island without giving anything back. I initially applied for formal volunteer-ships with the park service but my situation with being a traveller who would have to leave come winter, didn’t really allow for that. However, I had heard about Wildcare at different visitors’ centres and project sites, so I talked to the rangers at Maria Island about it. They told me how easy it was to join, and so as soon as I was back in service I became a member. I looked through the projects and applied for as many as I could. If I had spent the rest of my time there volunteering, I would have been totally fine with that. 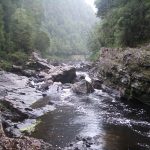 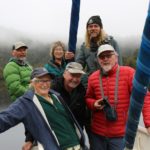 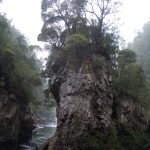 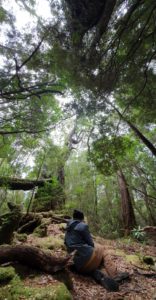 I was lucky enough to volunteer with the working bee restoring the Sir John Falls Hut on the Gordon River under David Clarke. I had read about how this area became protected and had even met several people that were integral in that happening. I was very excited to contribute to the interpretation of that history and help other people enjoy that area through this restoration project. This working bee was a group of amazing people who all care very deeply about the wilderness of Tasmania. They were very understanding of my shortcomings and inexperience when it came to construction skills and were excellent mentors when it came to teaching me new things. I couldn’t have asked for better company while spending a week on the river. 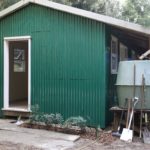 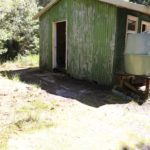 Perhaps the most memorable part of this working bee for me was that I was able to go on a couple of paddles with David and have conversations with him about that incredible place. Talking with him I saw a passion and reverence towards that area that went beyond almost any of the rangers I’ve worked with or met. Not only did he care so much about it, but he was able to communicate that to me and make me care about it very much. I would say most of our paddling was in silence, but what was said was important, and the rest of the time was spent in reverent awe of the natural beauty surrounding us. 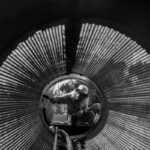 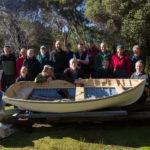 If the Gordon River was the only working bee I was able to participate in, I would’ve been more than grateful. But through a series of events that led me to crew on Ian Johnston’s boat, I was able to join the working bee with Friends of Melaleuca. Again, this was an amazing group of people that were incredibly welcoming and great mentors. I was constantly grateful that I was able to spend a week in a place that I had read so much about and help with the restoration of it. I had a chance to work closely with almost everyone in the crew, and consistently heard amazing stories about their lives and what Melaleuca means to them. Even though I was a foreigner in this place, they all made me feel like I had a brief home with them. I’m still in disbelief that I was fortunate enough to spend that much time there and I want to return as soon as possible.

When thinking about how to describe my time in both areas, a lot of what I felt can’t even be put into words. Moments like a sunrise over the Melaleuca Range or a still fog rolling over the Gordon River are so unique and breathtaking that there is nothing to even compare them to. Those moments are when it’s so clear that these places, along with the plants and animals that call it home deserve to be protected just for their inherent nature. It also brings to mind that beautiful places like that have been destroyed or developed.

That’s why Wildcare and organisations like it are so important to me. I’m beyond grateful that I was able to help with their projects and hope it will help interpret to future visitors why these areas are so important and inspire them to help further their preservation.

I already miss the island and everyone there so much. I’ll be back soon! 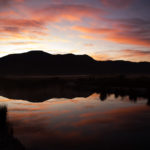 * Photos of Hunter by Andy Johnson