Behind the idyllic scenes of Maria Island – volunteers are working hard

Maria Island has been referred to as Tasmania’s Noah’s Ark. It is often featured in the kind of magazines people read when they are dreaming of an idyllic holiday escape. Host to visitors from far and wide, it is internationally regarded as a wild walking wonderland – a place to immerse in nature, encounter wildlife and experience a slice of Tasmania’s convict past.

But unwelcome plant intruders are threatening its diverse natural and scenic values. This is the story of the volunteers working behind the scenes to keep them at bay.

Since early 2020, because of the pandemic we had missed two main working bees, and continual rains promised increased germination; even Parks was alerting us to regrowth! A short recce trip in June was greatly hampered by continual wet conditions, but we did practice using our 2 new GPS’s, clearing several waypoints in the process.

Prior to our September working bee the weather forecast predicted showers and strong winds, threatening to curtail our broom monitoring. Fortunately, the weather settled enough to complete the 4 days as planned. We were joined by 2 new volunteers to make up a group of eight. 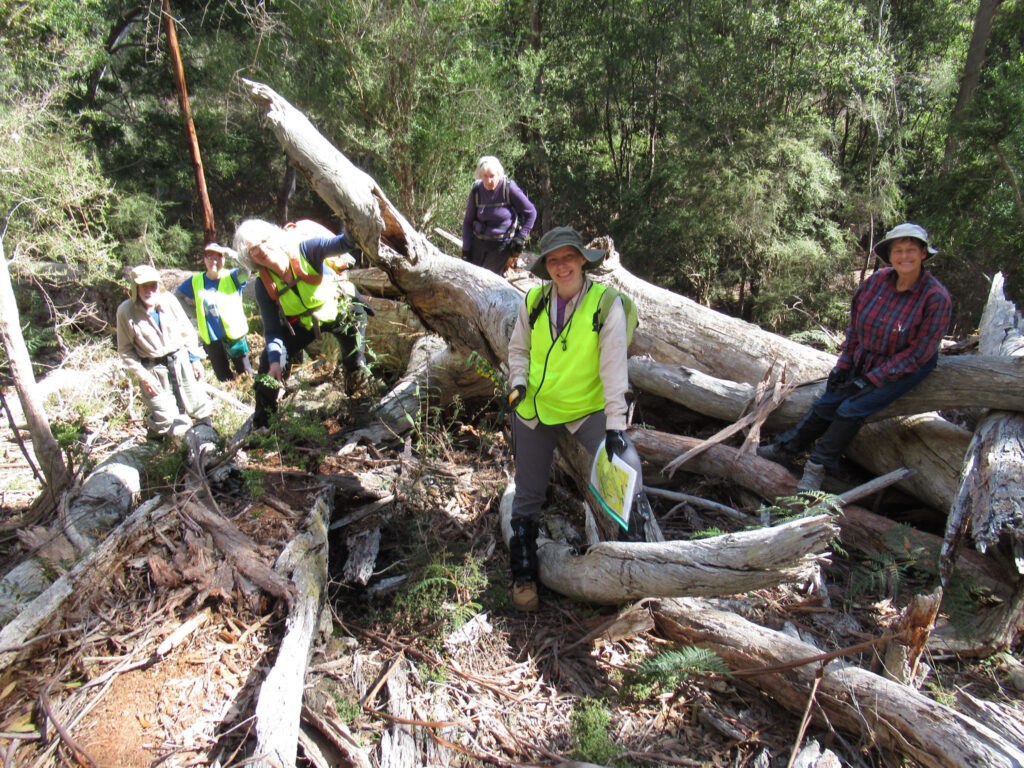 We did find increased germination, but it was mainly confined to marked ‘hotspots’ and a number of previously missed plants were now flowering, which helped us to spot them easily. This was crucial when searching along Bernacchis creek, which has always had the fastest growing plants. Here we found about 20 flowering, in contrast to the previous year when none were found. One large broom found near Darlington had lost some seed but being over the creek they would have ended up in the saltwater.

We regularly heard and saw Swift Parrots as we worked in the forest.

Systematic monitoring and clearing of regrowth continues over the 300 recorded sites on Skipping Ridge and in Bernacchis Valley with data recording and mapping ongoing. Each site is rechecked within 2 years with an increasing number of sites showing no weeds over an extending period. Preventing plants from seeding is a top priority. Wallabies and Wombats are of great assistance in this as they browse on many maturing plants; scattered psyllid (biological control) damage is also observed.
Long term volunteers rotate through the various working bees (3-4 per year) with a welcome regular influx of new members. 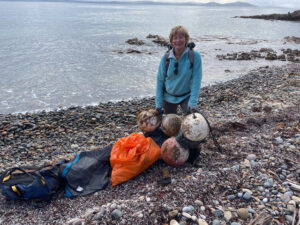 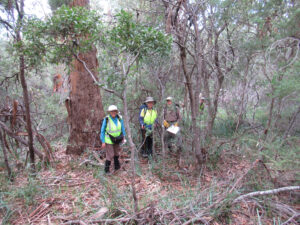 This remote 7 hectare forested site is checked every 2 years. In April 2019 four volunteers camped at Robey’s farm and the next day walked the rough 3 km to the site. For this year’s check, Ranger Pete Lingard drove us to the start of the route to Haunted Bay and accompanied us, enabling the trip to be done in one day. We left Darlington at 6am to maximise time spent monitoring between the rough walk in and out again during daylight hours.

Since the 2008, primary control there has been prolific growth of natives with associated ground litter, which has undoubtedly suppressed regrowth. It is hardly recognisable with once open areas of grassland now gone. In 2019, areas where germination had occurred since 2008 were checked but no weeds were found, or on transects through the area. This year, with five weeders on the team, one seedling and two unhealthy looking plants were found. Since 2013 the only seedlings found have been in the dense vegetation on the damper western slope.

Perhaps we are not far off declaring ‘eradication’! 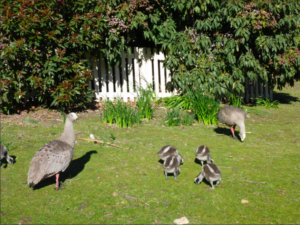 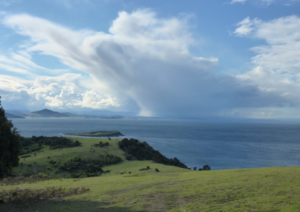 This 2 hectare infestation has been cleared annually since 2009. Eradication has been slow with ongoing germination persisting, but the area of infestation and the number of weeds is reducing. In 2019 we changed our annual monitoring from Spring to Autumn which should prevent any early flowering/seeding.

This open, north facing slope is very different habitat to the Haunted Bay site, with a covering of Swordsedge, Kunzea ambigua and Acacia species. In March, four of us spent three hours clearing small seedlings which were mostly hidden under the above plants; this requires a painstaking approach. At this stage of growth, the use of a screwdriver for levering out plants is very effective and minimises soil disturbance.

Two volunteers – Jeff and Sally have taken on the biannual monitoring of these weeds along Riedle Beach and the West coast north of Pt. Lesueur. Rangers have since discovered and cleared an infestation of Sea Spurge at Stinking Creek, which will also require regular monitoring.

Isolated occurrences of African Daisies have been found on the coast between Point Lesueur and Darlington. The main site just east of Bloodstone Point has been cleared with only a few small seedlings now evident on subsequent monitoring. Another large infestation just north of return Point is yet to be treated.

This weed should be possible to eliminate with occasional coastal monitoring. 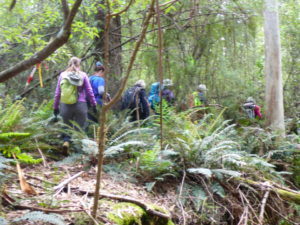 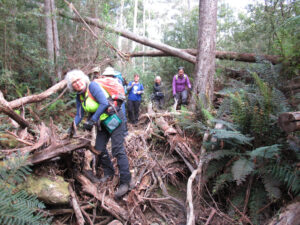 First found in 2009 by volunteers and described as ‘one of the worlds’ worst agricultural weeds’, it can contaminate grain and is highly toxic to animals. The site is marked and monitored but the plant can germinate, flower and seed quickly over summer. In late March 2020 Matt Bantick, a Field Officer found another plant in the vicinity which had commenced seeding! Fortunately, he is regularly monitoring this site.

WEEDING in the DARLINGTON area

During a very wet June trip David Reynolds ran a 3-day working bee. They cleared weeds, (mainly Mignonette) around the Oast House, Miller’s Cottage and from the Fossil Cliffs to the end of the airstrip. Some of the group walked along the coast to Four Mile Creek, recording and removing African Daisies and collecting marine rubbish.

Our thanks to Parks for accommodation and with help in transporting us and our gear to remote sites.

Anne Booth,
Friends of Maria Is.