A group of 10 enthusiastic people gathered for our second working bee since March. Our mission is to remove Fennel and a host of other invasive weeds from behind Penna Beach. This is part of a bigger project for our Friends of Pitt Water -Orielton Lagoon group to restore the shores around Pitt Water to natural vegetation. 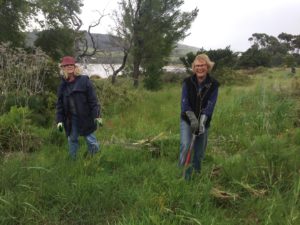 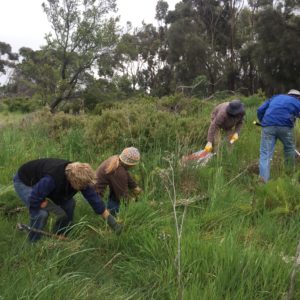 On October 18th we began by trying to dig out the long tap roots strangled by grasses. This was too messy, so we resorted to cut and paste. Within two and half hours we cleared much of the fennel from the western end. We were able to stow all the cut material at a prearranged depot for the Sorell Council works team to collect. 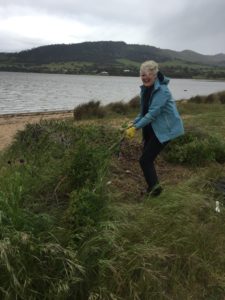 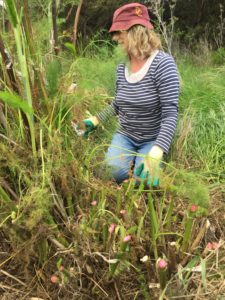 On October 25th a hardy team gathered again to brave the squally spring weather and focus on the eastern end of the beach.  The Fennel has been doing extremely well at this wetter end. Three of us had to tackle a monster plant. Possibly the original great grand parent of all Fennel near the shore!

Some people persisted in trying to dig out plants and were seen falling over in their efforts!

We stowed the material at a suitable spot for pick up later. We will continue this work over the next few weeks while we can. 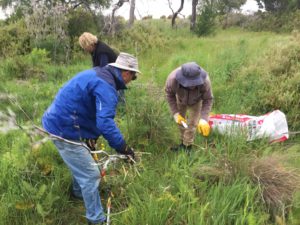 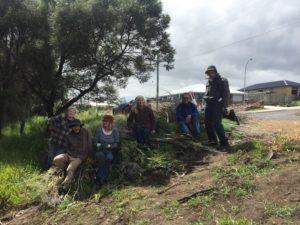 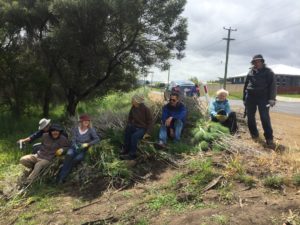