Draining in the Rain at Melalueca

Draining in the Rain

I’m just dancing and diggin’ in the drain. 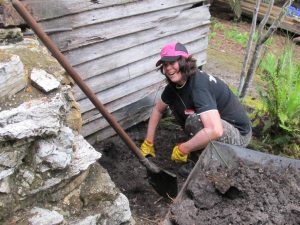 Draining is an important part of the Friends of Melaleuca work program, the aim being to slow the pace of rust and rot by keeping houses, sheds and infrastructure out of the wet as best we can. 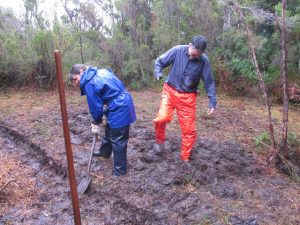 I’m just dancing and digging in the rain!
Mel and Dave in the rain and mud.
Photo – Janet Fenton 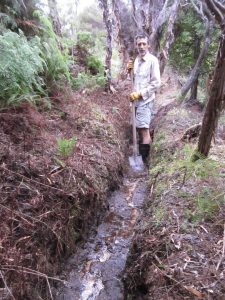 David is famous for his Olympic gold-medal winning Butler’s Gorge of 2016. In 2017 he went on to create Barbara’s North and South Channels, including a magnificent diagonal culvert under a roadway, as well as the Rallinga Mine dam Spillway. 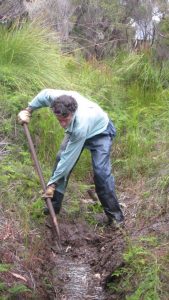 David Butler at it again in 2018. He keeps coming back for more!
Photo – Janet Fenton

During construction of Butlers Gorge in 2016 David unearthed a huon pine bridge thought to date back to the 1940s. This year, David’s engineering creations include Butlers Bridges One and Two over long drains through scrub, thus improving access to and drainage around the Rallinga Mine smelter. 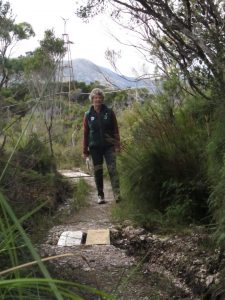 Often, digging is not the first thing to be tackled. Scrub, including cutting-grass, melaleuca and tea-tree all festooned with wiregrass and coral fern, grows rapidly and chokes these wet areas. This has to be cleared in order to access the drain. 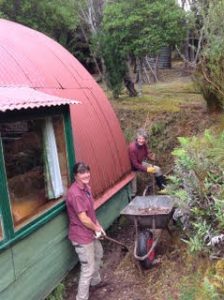 Mel and Dave (Rossie) worked on the Jack-Ross Canal (or was that the Ross-Jack Canal?) at Melaleuca South before embarking on Blue Poles, a set of drains at Melaleuca North. Mel and Janet got into the hard stuff on another job, requiring crowbars to break rocks in a drain along the NW side of Kings’ house. 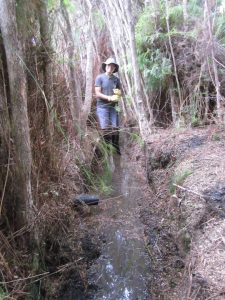 All drains were well tested in heavy rain and floods on Monday 19 March, the day working bee volunteers were scheduled to fly out. Being weather-bound, they cheerfully spent an extra night at Melaleuca. 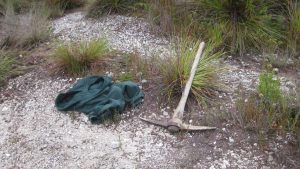 Thanks to the team for great work during the week, and to Wildcare for the grant that funded our working bee.