It was just as well that a good number of people were able to help on the latest Wellington Park Bushcare Group event as there was a big and very rich chocolate cake to get through. This was for the morning break and provided by the City of Hobart as a thank you to the volunteers.
The northern side of the 650 metres of fire break was cleared of big gorse bushes over 5 years from 2007 to 2012 and now this opposite edge for the last 3 years.  Today we had a mixture of slender Gorse bushes and plenty of thick ones and all were tall, but it is the big ones that are more satisfying to remove because the area cleared progresses much quicker.  Quite a dent was made, leaving behind a trail of cut mounds to breakdown to a mulch.
More details on future work. 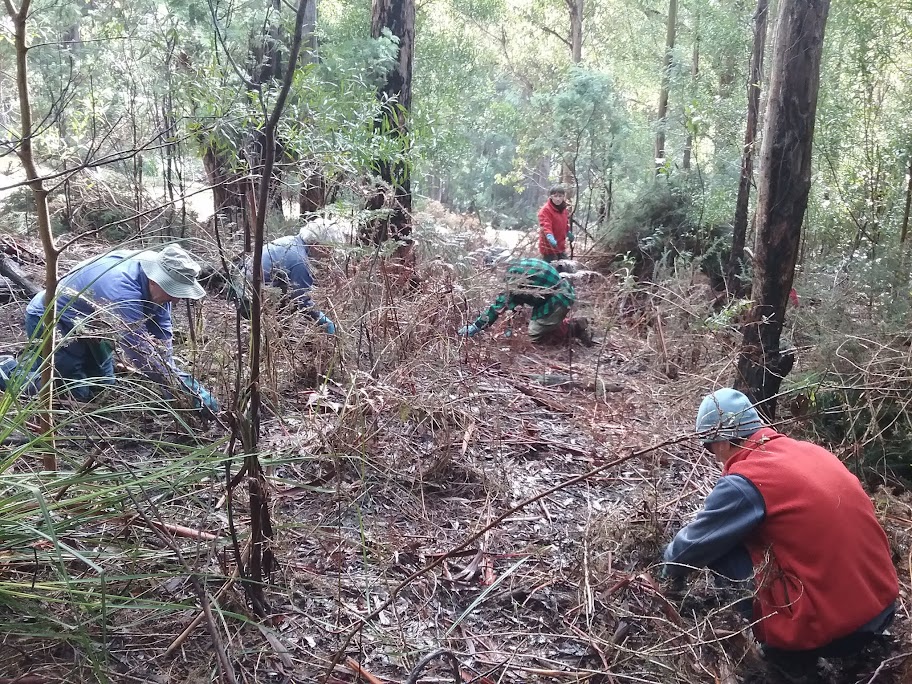