Caring for orphaned and injured wildlife 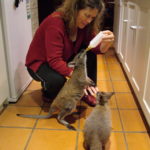 I started caring for injured and orphaned wildlife as a registered carer, about 30 years ago. I obtained a permit and my first patient was a young echidna named Spike (of course) who somehow lost most of one of his hind feet. I found him in the bush up at Cradle Mountain, put him in my backpack and brought him back to Hobart. He had his leg cleaned and stitched up and after being confined to a bucket for awhile to allow it to heal, ended up with a stump that did not seem to hinder his digging abilities. After several months, he went to live with my friend Rosemary in Battery Point while I was at Macquarie Island one summer, where he became quite plump and then disappeared. After months of looking, Rosemary’s neighbours found him asleep in a drain pipe in their backyard! It seems well-fed echidnas will go into torpor or hibernation in the colder months to conserve energy for the following breeding season. 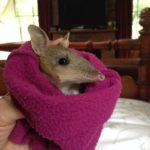 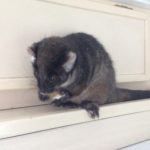 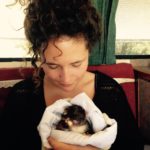 Since then, we have had one brushtail and three ringtail possums, countless Bennett’s wallabies (usually in pairs), five bandicoots, three potoroos and many pademelons. One of our ringtails still lives in our ‘Land for Wildlife’ garden and has produced two joeys that we have seen. It is hard to say which is our favourite species as they are all different, but I think we would say bandicoots, potoroos and ringtails, in that order. We currently have an Eastern barred bandicoot, who was 59g with very fine fur and his eyes still closed. After a few weeks, he is very active, fully furred and now weighs about 140g. He loves scrabbling about in his box of mulch, searching for store-bought mealy worms. Listed as vulnerable under the Threatened Species Act, they are under threat from ingesting earthworms or cat faeces which carry the oocysts of Toxoplasmosis, a disease that causes loss of coordination, blindness and death. 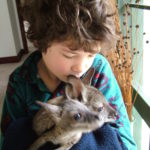 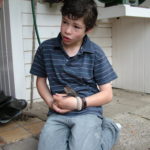 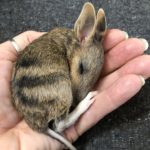 Raising injured and orphaned wildlife – especially very young animals, takes some effort. I prefer to take animals that are furred and have their eyes open, as they are easier to keep alive and usually don’t require a feed in the middle of the night. My children learned quite a lot about the ‘circle of life’ and were very sad when we lost one. Before moving to Howden, we always took our animals to a halfway or ‘soft release’ site, where they would be in an enclosure with little contact with people before release. Here in my garden I have released a few animals to a semi-wild environment and have only had a couple of animals that would allow me to approach them after a few days. And while I know that the animals we raise could be killed by local or feral cats, hit by cars or shot, I still feel it is worthwhile, because we have given these young creatures a chance to live that they would not otherwise have had. I seriously doubt that I do all the caring by the book, but most of them have lived and the people that I have shared them with have gained a greater appreciation for our wonderful wildlife.

For anyone interested in wildlife caring, DPIPWE – Injured and Orphaned Wildlife, and Bonorong offer courses and access to a network of carers to help and provide advice. 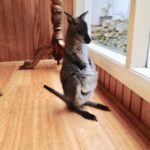 Wildcare’s Injured and Orphaned Wildlife Cause supports the practical care, rehabilitation and release of injured and orphaned native animals.