A Pleasant Place to Work

One of the most pleasant tracks at Mount Field runs along the side of Lake Fenton, crosses Kangaroo Moor then drops through forest to the infant Broad River and soon meets the track boardwalk at Lake Webster. The moor is such a delight and is arguably best in late Spring and early summer at peak wildflowers time.

Beyond the northern end of Kangaroo Moor there is a creek that is always running and it is just beyond that where we worked at clearing back encroaching vegetation. It was just a small crew as were the bushes so a lot of time was spend bent over lopping it.  Even so an impressive length was cut starting from where we last finished in April 2015, up almost to the creek.  This was last touched in 2011 and being more open and sunnier than areas below, it would appear to regrow quicker. 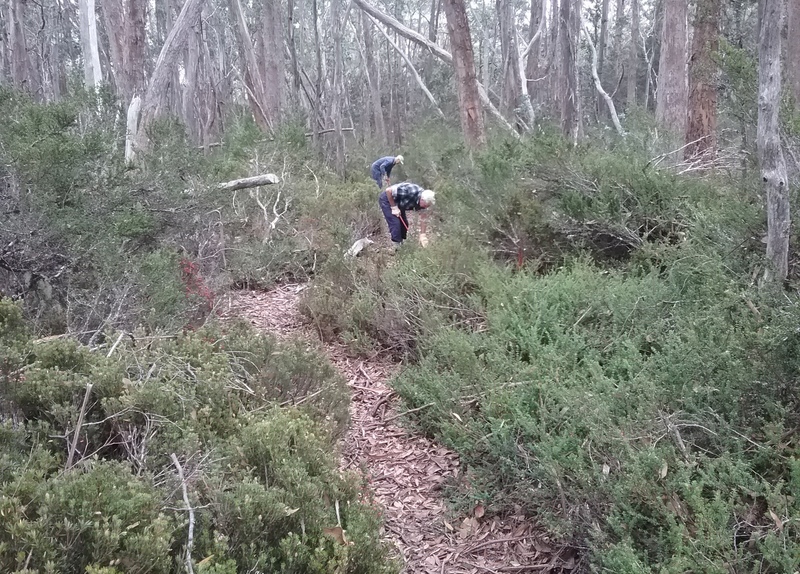 Greg and Kerry starting on a section of track 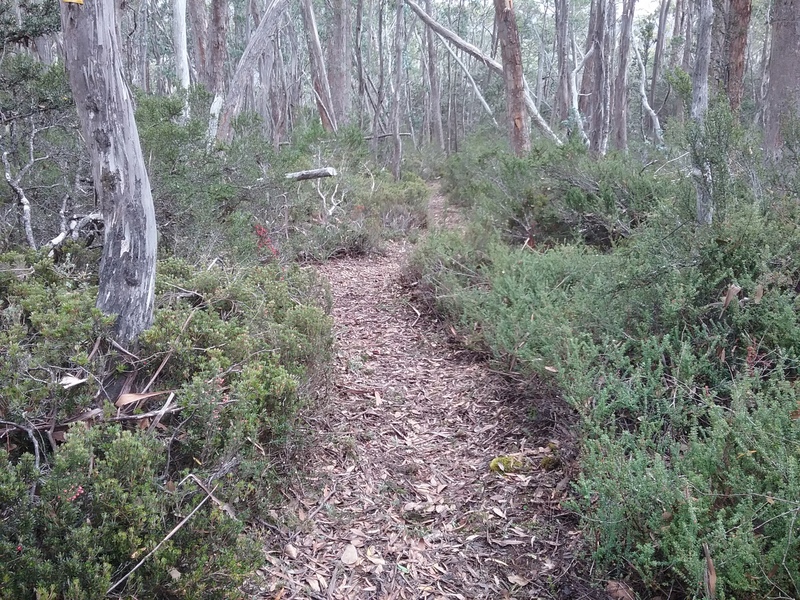