Wildcare Friends of the larapuna coast

The purpose of this branch is to help protect and care for the natural and cultural values of the larapuna / Bay of Fires coastal area in north eastern Tasmania; to celebrate these values and build community around them. 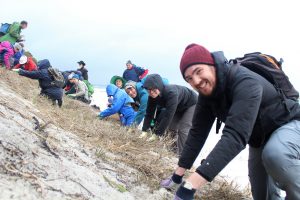 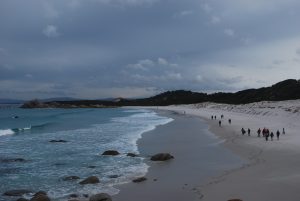 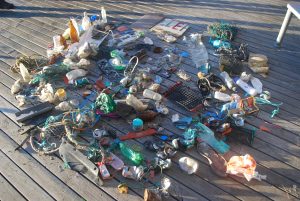 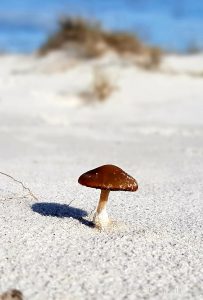 The Friends of larapuna Coast works collaboratively with the Parks and Wildlife Service and many other partners to not only protect and conserve the heritage values in this spectacular part of Tasmania, but to also learn about, share and celebrate these values for all to appreciate. This group formed in 2017 from the larapuna Community Weekend, an annual three day event run since 2014 that sees volunteers from Ansons Bay to Denmark walk the beaches, learn about the land and sea, their past and future, and care for the larapuna coastline by collecting rubbish and pulling sea spurge: binding nature, culture and community together.

The larapuna Community Weekend depends on its volunteer participants and our collaborators: the Parks and Wildlife Service , Break O’Day Council, Tasmanian Walking Company, Aboriginal Land Council of Tasmania, Friends of Eddystone Point, Adrift Lab from IMAS/UTas, Healthy Tasmania, NRM North and Birdlife Tasmania. The event regularly has around 100 particapants and each year seeks new ones, to share the opportunity and experience the larapuna coastline. The group will continue to be a major part of this event.

larapuna is the Tasmanian Aboriginal name for an area between Eddystone Point and Grants Point south of Binalong Bay, also known as Bay of Fires. It is an ‘unbounded’ place, taking in adjacent sea and land.

larapuna / Bay of Fires is where the larapuna Community Weekend has its focus and the group works along this beautiful coastline, but does not limit its outlook to these beaches. The larapuna Community Weekend typically covers the 50 kms of coastline from Stumpys Bay in wukalina/Mt William National Park in the north to mouth of Ansons Bay in the south.

The Friends of larapuna Coast is also interested in other volunteering projects in the north-east coastal region, such as a ‘sea spurge free east coast’.

The Friends of larapuna Coast formed to continue the invaluable contributions hundreds of volunteers have made over many years of the larapuna Community Weekend.  Along with continuing to run this event, we will also undertake a range of works that cater to our group’s skills and interests, as well as the needs of conservation management. We envisage that some of our works will be more remote, while at other times we will focus around the day use areas.

Over the three days of the larapuna Community Weekend volunteers and PWS staff walk the beaches on 6 to 13 km long day walks, with bus shuttles to get back to their cars or St Helens. Each year they have been removing tens of thousands sea spurge plants and collecting and classifying 10s of kilos of marine debris – while sharing the spectacular larapuna coast together.

In Novemeber 2018 the group convened a ‘Sea Spurge Summit’ to explore the possibility of achieving a ‘Sea Spurge free East Coast’. This is a new and developing project and something that will involve regular searching and removal of this seafaring invader on the whole coast. Success will need a coordinated effort by many, such as the Friends of Freycinet group,communities, residents and visitors up and down the east coast.

You are invited to come to two things: a Wildcare group meeting and discussion about coordinating action for a Sea Spurge free East Coast.

Keeping the larapuna coast (and ourselves) healthy