Our members undertake a variety of work in and around the Freycinet National Park plus other reserves to the north and south. Tasks are many and varied so we can accommodate volunteers with many skills. 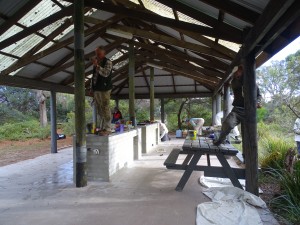 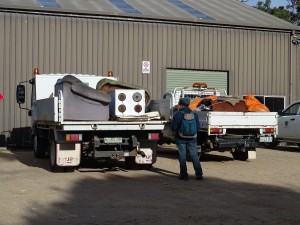 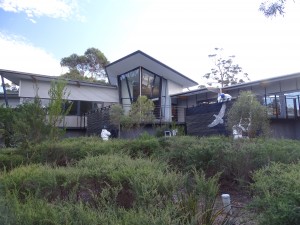 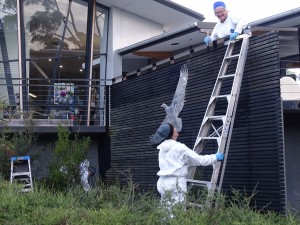 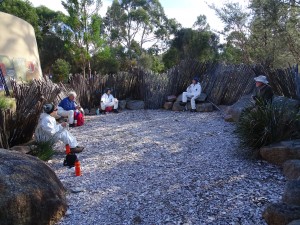 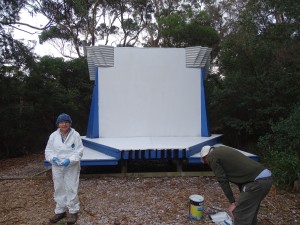 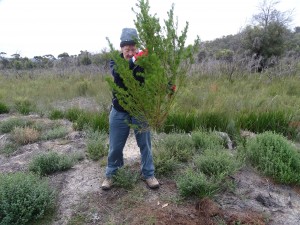 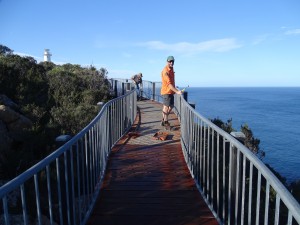 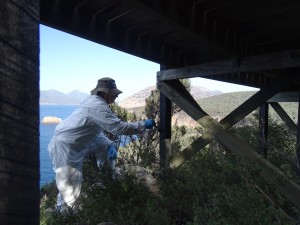 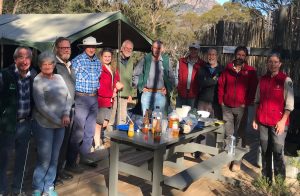 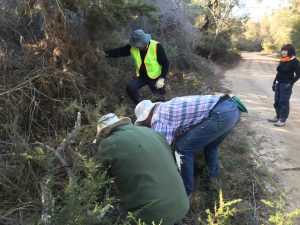 bottles out of scrub flacks road 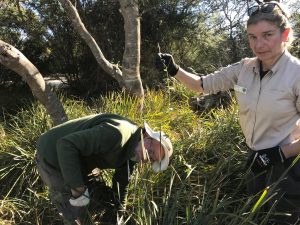 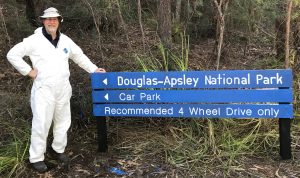 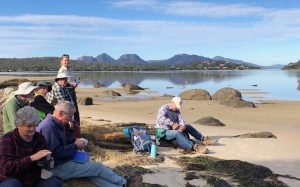 Morning tea at the River and Rocks Road 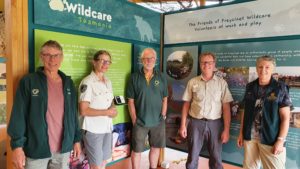 We assist the Parks and Wildlife Service Rangers to care for and manage the Freycinet National Park on the east coast of Tasmania. This spectacular coastal park, with pristine beaches and pink granite mountains is Tasmana’s busiest National Park with over 200,000 visitors a year. It was also the first National Park in Tasmania (declared at the same time as Mt Field National Park). For more information about the park visit www.parks.tas.gov.au Among a wide variety of volunteering opportunities we are also involved with the Schouten Island Caretaker Program.

Schouten Shenanigans is name coined by our wordsmith and legend, Dave Harris, for the working bee on Schouten  Island each year. It focusses mainly on eliminating gorse, which has been a successful ongoing project for the last 15 plus years.  Now a new challenge has presented itself and the focus falls on dealing with blue periwinkle, which has started spreading across the island.

We have 4 other week long working bees each year, March Muster, May Mayhem, August Amble and Opportunities in October. The tasks are selected with the Freycinet Park Rangers to compliment their programs and cover a wide range of places and skill sets including clearing all the beaches in the Park of Sea Spurge and rubbish, fixing fencing, painting fixtures, building platforms, clearing tracks, fuel reduction and of course plenty of weeding.  Apart from around the visitor’s centre at Coles Bay, Swanwick and Friendly Beaches, we work further afield in the Bicheno, Douglas Apsley and Rocky Hills areas.