A Lick o’ Lime in Time

With the buildings of the Darlington Probation Station having missed their “almost annual” protective lime washing last year, Senior Ranger Pete Lingard sent out the call to arms (or at least brushes) to the faithful army of volunteers to support the cause. No less than 15 volunteers, together with several PWS Staff responded, travelling over to Maria Island on the new and very comfortable Encounter Maria (“Osprey 5”) ferry for a week of activity in late August.

Once ensconced on the island the necessary personal protective equipment (PPE) was distributed, Pete reviewed the hazards and controls and then we set about preparing the brew. The preparation equipment that we had to use was much improved over that of previous years and created significantly less mess (in particular the concrete mixer was no longer needed).

A quick test of the product on a rock sample was given the tick of approval by PWS Heritage Officer, Peter Rigozzi and then we marched off to the front of the Penitentiary with buckets and brushes in hand. As the weather was uncharacteristically cold and damp, starting the lime washing undercover was a smart move. The experienced campaigners assisted those undertaking the activity for the first time.

Over the course of the next two and a half days we worked our way around all the white buildings, working at both ground level and on scaffolding. Each building glistened in turn when the sun caught the sharp surfaces. 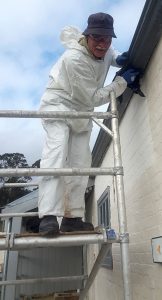 We briefly paused for an extended lunch on the Wednesday when a group of managers of Australian Convict Site World Heritage Areas from all over the country visited Darlington. This gave us an opportunity to talk to them about what we were doing and ask them about their own areas of responsibility.

By lunchtime on the Thursday, we had finished, other than the clean-up of equipment. After that the time was ours to fully enjoy the island, now bathed in warm sunshine. 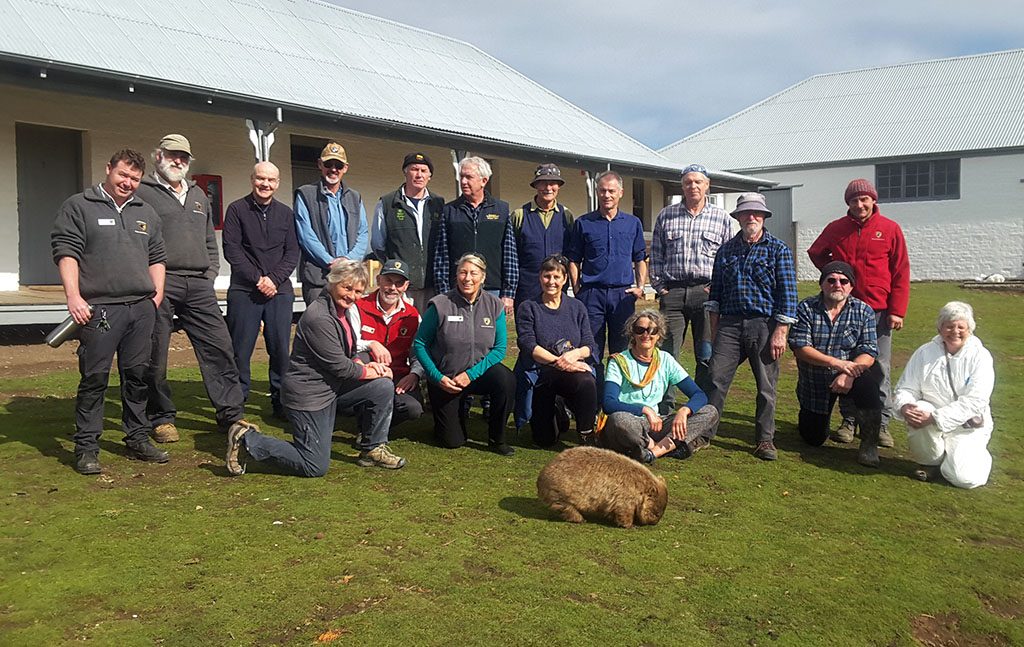 The Lime Wash Team with friend

Many thanks to Pete for an extremely well-organised working bee and for his particularly enthusiastic welcome. Also to Donnalee Young and Pip Gowen for preparing two tasty evening meals which made for enjoyable social occasions. Finally, to the other PWS Staff for their assistance in a multitude of ways, all of which contributed to a very successful event.