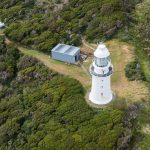 The lightstation at Maatsuyker Island is acknowledged on the Tasmanian Heritage Register for its “historic heritage significance because it represents the principal characteristics of a group of Late Victorian Lightstation Buildings, including the remains of a rare supply haulage system and unusually intact lighthouse.” 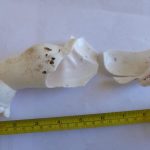 2018 has seen completion of a catalogue of heritage objects from the island; undertaken with grants that Friends of Maatsuyker Island (FOMI) has received through the Maritime Museums of Australia Project Support Scheme (MMAPSS). 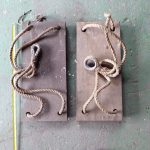 With the first MMAPPS grant in 2008, FOMI worked with John Cook and made a digital archive of photographs. John was a light keeper on several stations for nearly 25 years, prior to automation of the lights.
Further grants in 2012 and 2017 allowed FOMI to catalogue the historical items still on the island. Rosanna Cameron, an ex-Maatsuyker caretaker and a trained Museum Registrar, has worked on the catalogue over the decade. 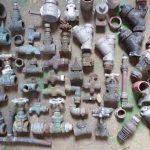 “Some items had traces of the green and red paint used by the lighthouse service, or stamps ‘C of A’ (Commonwealth of Australia) on the handles of tools to give me a clue. Many of the items should probably have gone to the tip, but I did not feel confident enough in my knowledge of the objects to make such decisions. After many hours of discussion with Rosanna, we deciphered my notes and matched up all the image numbers. It took time for Rosanna to enter the mountain of new information into the second volume of the catalogue.” 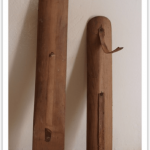 These ‘mystery objects’ now reside in the Maatsuyker Island museum. Hopefully someone out there will know what these items were used for? They are made of a light wood, with the remains of a leather strip on the back. Let us know your suggestions.